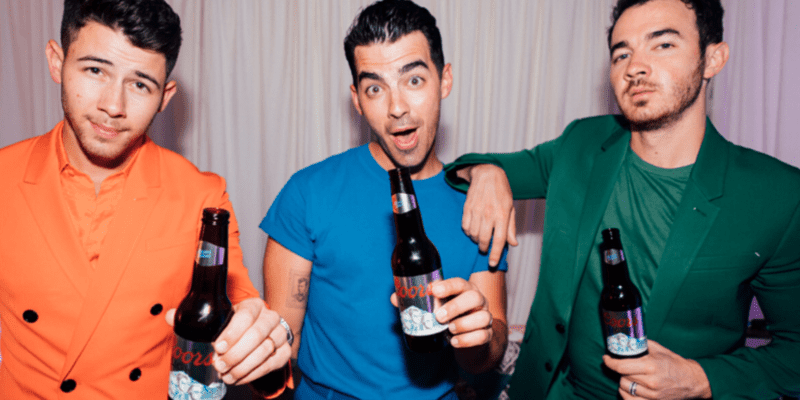 Nick, Joe, and Kevin Jonas — the three brothers who quickly became a pop sensation and a heartthrob brother band thanks to their success on the Disney Channel.

All three brothers are now married and are even starting their own individual families, but one of the brothers’ bachelor parties got a bit out of hand, resulting in the cops being called — three times!

The three brothers first formed a boy group called the Jonas Brothers in 2005 and had hits including “Year 3000”, “Love Bug”, and “S.O.S”. They also starred in Disney Channel Original Movies including the Camp Rock franchise, as well as television shows such as Jonas.

The brothers decided to step away from music for a few years, but recently reunited and started making music again. Now, they have additional hits on the radio today including “Sucker” and “What a Man Gotta Do”.

All three brothers are now married and are even starting their own individual families. Kevin Jonas was the first to get married to his wife, Danielle, in 2009 and have gone on to have two daughters together, Alena Rose and Valentina Angelina.

10 years later, Joe Jonas married Game of Thrones star Sophie Turner at a secret Las Vegas location. They have a baby girl named Willa who they welcomed in July 2020. Joe and Sophie are also expecting their second child together.

And finally, Nick Jonas and Priyanka Chopra (Baywatch, Matrix Resurrections, Mary Kom) wed in a Western ceremony and a traditional Hindu ceremony in December 2018. Recently, the couple welcomed a baby via surrogate.

The Jonas Brothers are now revealing that during Joe’s bachelor party, things may have gotten a bit out of hand, resulting in the cops being called on them. On an episode of The Tonight Show, the Jonas Brothers played a game of “Know Your Bro” where host Jimmy Fallon asked a question about one of the brothers while they wore headphones, and the other two brothers had to answer the question.

“We had the cops, on the first night, called on us three times,” he said.

It was then Joe’s turn to answer the question, and when he took off his headphones, he confirmed his brothers’ stories saying “I’m trying to see if I remember anything. I’m pretty sure we got the cops called on us three times.”

Are you a fan of the Jonas Brothers? Let us know in the comments below.