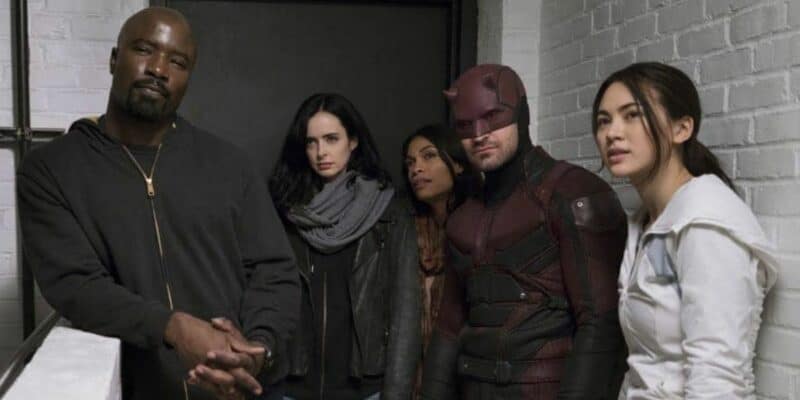 With the news that the shows were reverting back to Disney ownership, it didn’t take long for the House of Mouse to announce that the television series would begin airing from March 16 on Disney+ in the United States. But, despite many Marvel fans celebrating the move, the decision to have more R-rated content on a family-friendly platform has come under fire from the Parents Television and Media Council (PTC) in a scathing statement.

When Charlie Cox entered the Marvel universe as Matt Murdock/Daredevil in Netflix’s Daredevil it not only rebooted the character on screen, who can forget Ben Affleck’s Daredevil (2003) movie, but the show ushered in a different, more mature version of Marvel content.

It only seemed a matter of time, as Kevin Feige’s Marvel Cinematic Universe delved deeper into the Multiverse, that these characters could eventually crossover into a Marvel Studios project. In fact, just a few months ago, Cox’s Matt Murdock did make that leap, appearing with Tom Holland in Spider-Man: No Way Home (2021) from director Jon Watts. And shortly before, Vincent D’Onofrio’s Wilson Fisk/Kingpin turned up in the MCU’s Hawkeye.

So, as March 16 inches closer, fans will soon be able to reconnect with the Netflix heroes when the series’ drops onto the Disney streamer. But, with their addition comes the question of mature content gracing a typically family-friendly service and brand.

In an era of popular mature shows like HBO’s Euphoria and Netflix’s Sex Education, Disney was seemingly a step ahead of the issue with their announcement that along with the Marvel show’s debut, new parental controls will be implemented on Disney+.

It is not enough, says the Parent Television and Media Council.

The PTC has blasted the Walt Disney Company in a scathing statement. On one hand, the PTC is thankful for Disney’s implementation of parental controls but states the addition of TV-MA content is damaging to the brand that has built its legacy on being family-friendly.

“For more than 98 years, the Walt Disney Company has been synonymous with the words Family Friendly, and I can think of no other corporation in American history that has been built more squarely on the backs – and on the wallets – of parents and families. The company’s eponymous platform Disney+ logically marketed itself as a family-friendly streaming service, and parents have placed their trust in Disney to deliver just that.

The statement continues, making bold comments over what they essentially liken the addition of the Marvel content to:

It seems wildly ‘off-brand’ for Disney+ to add TV-MA and R-rated programming to this platform, ostensibly to increase subscription revenue. So what comes next, adding live striptease performances in Fantasyland at Disney World?” said Tim Winter, president of the Parents Television and Media Council.

“While we applaud Disney+ for improving their parental controls, the mere presence of MA- and R-rated content violates the trust of families, and may well turn them off entirely.

“There is no need for Disney+ to compete with the explicit content on other streaming platforms. Disney is already at a competitive advantage with a streaming platform that is the safest one out there for families. Its foray into TV-MA-rated fare will forever tarnish its family friendly crown.”

It is an interesting notion that the PTC believes the decision of adding the mature Marvel shows is a sign that Disney+ is competing with other streaming services.  It is true that Disney+, with their ownership of brands like Marvel Studios and Lucasfilm, and thus, shows like WandaVision, Loki, and The Mandalorian, do have a rather significant footprint on the entertainment industry without being overtly mature, but for many fans, though, this move is likely to be seen as a decision to bring together a more cohesive Marvel experience.

What do you think about Disney+ adding Daredevil and the other Netflix Marvel TV shows? Let us know in the comments down below!

WandaVision, The Falcon and the Winter Soldier, Loki, What If…?, and Hawkeye are all currently streaming on Disney+. Moon Knight, Ms. Marvel, and She-Hulk will debut this year.