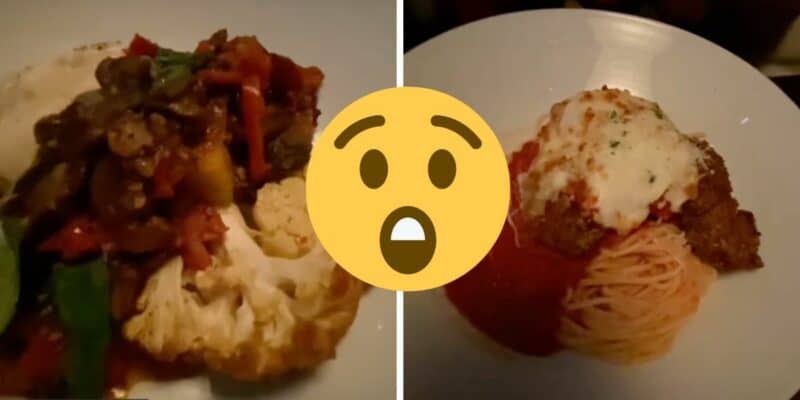 As of late, Disney Guests have been complaining about the quality of food at Disney restaurants.

This comes after Walt Disney Company CFO Christine McCarthy recently indicated that in order to start cutting costs, Disney plans to begin “reducing portions” at Disney Parks restaurants as it “would be good for Guests’ waistlines.”

Now, another Disney restaurant is receiving backlash for the quality of food and portion sizes.

Mama Melrose is an Italian-themed restaurant located at Disney’s Hollywood Studios in Walt Disney World. It is defined as an Italian eatery with a California twist and has a gorgeous atmosphere, complete with overhead string lights.

Some of the menu highlights include the crispy calamari or a margarita flatbread, fresh from the oven, as well as the authentic pastas, savory chicken and seafood preparations, or even the charred strip steak.

However, the restaurant is receiving some backlash as one Disney World Guest is saying they were served the “worst meal”.

Within a video posted to TikTok, you can hear the Guest explain that they are not, by any means, a picky eater and they are actually “pretty adventurous” with their food, but Mama Melrose is “just a no” for them.

The Mouselets even went as far as saying that the meal served at Mama Melrose was “the worst meal” they’ve “ever had at Disney”, expressing how small the portion sizes are. Within the caption of the video, they explained:

Both times I went I was really disappointed in the small portion sizes. The food was mediocre, similar to a Tony’s in my opinion (think Olive Garden), but each time I’m left hungry after the meal!

The TikTok user explained that it’s disappointing because the atmosphere, wait staff, and never super busy:

It’s too bad because this restaurant has potential – great theming, great waitstaff, and not super busy

Have you ever dined at Mama Melrose? Do you enjoy the restaurant or have you had similar disappointing experiences? Let us know in the comments below.