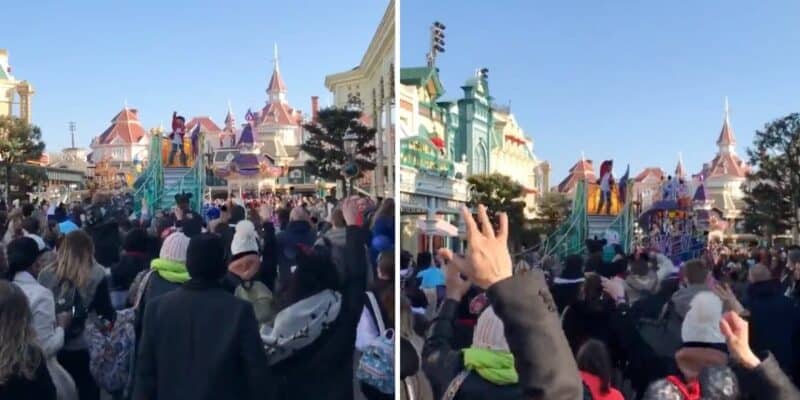 Today marked a massive milestone at Disneyland Paris, as the theme park celebrated 30 years of magic.

Although seeing the Park in full decor, along with the amazing offerings available for Guests, one of the best things has been to see how the Guests have reacted to the magic. During today’s Dream… and Shine Brighter parade, the parade of the 30th anniversary, we can see that not only were Guests enjoying themselves, but they were joining the parade as well as it ended, clapping along and dancing with the last parade float. We can even see Miguel jumping and clapping with the Guests, feeling their energy and level of excitement and throwing it right back at them, creating what looked to be a truly magical moment.

PixieDust (@Pixiedust_be) posted a video of the celebration, and just watching the level of joy on display has us feeling emotional!

Perhaps #disneylandparis is now convinced that we should have more Coco in the parks. Miguel is THE star of the 30th Anniversary.

Perhaps #disneylandparis is now convinced that we should have more Coco in the parks. Miguel is THE star of the 30th Anniversary. pic.twitter.com/wHnms43HrA

Pixie Dust even posed the question or perhaps, suggestion, that Coco needs a bigger presence in Disneyland Paris as it is clear the Guests love the film as well as all the characters and music that it encompasses.

Do you want to see more Coco in the Disney Parks?