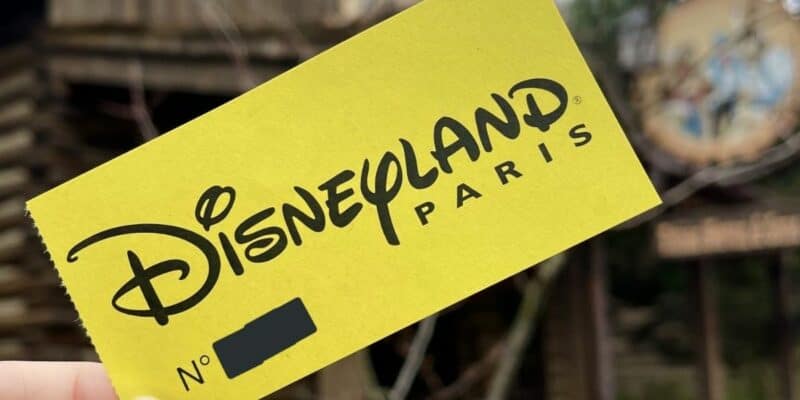 When Guests go to any Disney Park, they must, of course, respond to the rules and regulations that each Park has set out for Guests. One of those includes not skipping the line. Whether you are in line for a new drop of merchandise or an attraction, we have seen wait times in a queue rise to very high numbers, causing some Guests to act out, or attempt to skip the line.

As one may imagine, skipping the line will surely anger the Guests around you, as they have been waiting fairly for quite some time. That being said, it looks like one Disney Park has figured out a solution. Disneyland Paris is currently in the middle of its 30th anniversary celebration, which has already caused massive merchandise lines. Now, today there was a new drop for a Phantom Manor figurine. DLP Report (@DLPReport) got their hands on one, which you can see below.

And here it is: The Kevin & Jody Phantom Manor light-up figurine!
It comes in an awesome box, and with batteries (€249):

🛍 And here it is: The Kevin & Jody Phantom Manor light-up figurine!
It comes in an awesome box, and with batteries (€249): pic.twitter.com/Xm9JHBtnsd

The figurine was coveted by many, and it seems that Disney anticipated the demand and popularity and figured out a sure system to get around this, and any problems that the line could cause. DLP Report also posted that Disneyland Paris was handing out tickets in the queue to ensure that Guests can not skip in line, and that they can only purchase a maximum of two figurines.

Tickets are being handed out in the queue for the Phantom Manor figurine to ensure that everyone queuing can get one (or two) and that there is no line skipping. It’s all pretty well organized.

🛍 Tickets are being handed out in the queue for the Phantom Manor figurine to ensure that everyone queuing can get one (or two) and that there is no line skipping. It’s all pretty well organized. pic.twitter.com/iGuzWZdU9m

We are unsure if this new method will be used on attractions or in the future to prevent line skipping, but from the reports, it seems that this helped to keep organization on track today.

Are you planning to go to Disneyland Paris in the near future? Let us know in the comments below!