As we eagerly anticipate all that is coming to the Walt Disney World Resort, one project remains one of the most exciting.

Located in EPCOT, the new Guardians of the Galaxy: Cosmic Rewind is shaping up to be a truly incredible experience. The ride will feature some amazing theming, a unique story, and jaw-dropping effects all while Guests are tossed and spun around on an innovative ride vehicle.

While not much is known about what goes on inside, we have recently gotten glimpses of what to expect. Disney has released several sneak peeks of the ride, teasing us further. Recently, a Disney Imagineer teased how they would be bringing back an iconic ride in a very secret way.

For those who may not know, this new Guardians of the Galaxy coaster is replacing a legendary EPCOT attraction which was known as Universe of Energy. This ride took Guests on a journey through energy and history as well, in a nearly hour-long experience. The ride was reworked to include Ellen DeGeneres and was called Ellen’s Universe of Energy until it closed in 2017.

While the ride was not as beloved as Splash Mountain or “It’s a small world”, the ride was still an important piece of EPCOT’s history. Now, it appears that Disney will be honoring this attraction’s legacy in this new ride that is replacing it. 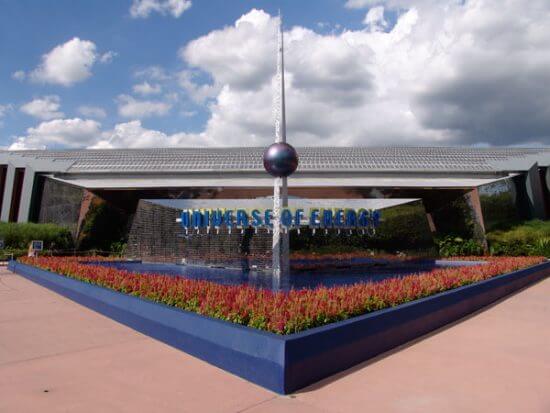 On Instagram, Imagineer Zach Ridley teased that there would be several easter eggs and hidden references to this old ride on the new coaster and that Guests would have to be on the lookout for them. Disney recently revealed the height requirement for this new ride and while we still don’t know much about the ride, these little detail gets us really excited!

Disney recently held its annual shareholder’s meeting, announcing several key projects such as all of their Disney+ content like the new Obi-Wan Kenobi series as well as new movies and films that Guests can look forward to. CEO Bob Chapek also mentioned the new Galactic Starcruiser and several new rides such as the TRON and Guardians coasters, but we were disappointed to find out that the official release dates were still not given out at this meeting.

Bob Chapek remained silent on any mention of release dates for either ride, only mentioning “the summer” when discussing Guardians of the Galaxy: Cosmic Rewind. The project is seemingly hitting the homestretch as Disney recently gave us a look at the ride in action, but unfortunately, we will still have to wait for an official announcement regarding the ride’s opening.

More on Guardians of the Galaxy: Cosmic Rewind below:

Are you looking forward to this new ride? Let us know in the comments below.