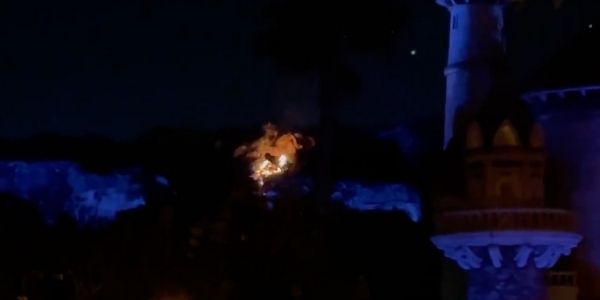 It seems as though even “The Most Magical Place on Earth” is not immune to a few glitches.

As reported by Guests, a fire broke out in the Magic Kingdom this evening, with flames being spotted on top of an attraction.

See a video of the current situation from CD Howard (@CDHowardRx) below:

#fireworks caught Under the Sea Journey of the Little Mermaid on fire tonight. #WDW #DisneFireworks #Disney

At this time, we cannot confirm what started the fire but it may have had something to do with the nightly firework show,  “Disney Enchantment”, which the Magic Kingdom offers. More on that show here.

We will continue to monitor the situation and update our story as more information comes out.

As you can see, the fire was on top of the show building that houses Under the Sea – Journey of the Little Mermaid at the Magic Kingdom. This ride was added as a part of the huge Fantasyland expansion Disney constructed a few years back. More on the ride below:

Have you ever spotted a fire in Magic Kingdom? Let us know in the comments below.