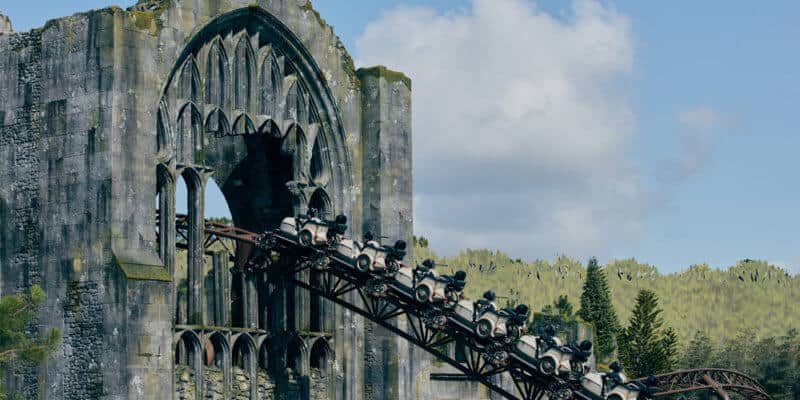 When visiting any theme Park, whether it be in Disney or at Universal, one thing is on Guests’ minds, that being all of the exciting rides and attractions.

From Harry Potter and The Simpsons to Transformers and Spider-Man, Universal Studios in Orlando, Florida has a great selection of fun and thrilling rides for all Guests to experience, well, almost all Guests.

In the past, we have reported on this happening at Universal Orlando Resort. In both instances of our reporting, the size of the Guest’s body was the prime factor in Guests not being able to ride due to the way the seats were configured. For example, one Universal Guest was turned away from Hagrid’s Magical Creatures Motorbike Adventure in the Wizarding World of Harry Potter because he did not fit the ride vehicle. The incident was the catalyst for that Guest to go on a weight loss journey, which he is now thankful for, but others have not expressed the same gratitude.

A recent video posted to TikTok detailed one Guest’s “horrible” experiences attempting to ride a ride in Universal Studios Orlando. The Guest, who talks about being on the “bigger side” shares their experience of feeling fat-shamed by Universal and the employees there.

In the video, the Guest also talks about how it seems like Universal employees are trained on how to be “fat-phobic”. It should be clear that this is solely based on one Guest’s opinion, and not something Universal trains Team Members on. Universal highlights inclusivity with their Team Members, and all Guests are treated as equals.

See the video below from Jordan Le Fae (@faetattoos):

As you can see, the Guest details their bad experience when visiting Universal Studios in Orlando. When trying to ride a few of the rides in The Wizarding World of Harry Potter, the Guest claims that the employees made her get out of the seat multiple times to make sure they could fit, which they felt was seemingly embarrassing.

The Guest waited over an hour for Hagrid’s Magical Creatures motorbike Adventure only to not fit in it at all. After being removed from the ride, the Guest claims they were left in a “room of shame”, not able to use their phone because of Universal’s locker policy.

The video ends with the Guest saying Universal needs to do better and if you are larger than a size 22, “don’t bother”.

In the past, Universal Studios has often been seen as a theme Park that does not cater to as many people as other theme parks, such as Disney World and Disneyland. Social media users have even used their platform to tell Universal that, if they really wanted to make things better, then they would design their rides to be more inclusive.

The websites for both Universal Studios Hollywood and Universal Orlando warn that Guests with a waistline of more than 40″ may not fit on a number of their rides, as stated in the TikTok above.

Accessibility for people of all body types is not something that is available on all theme park attractions, and it can be an unfortunate experience for many Guests who wish to experience these rides, only to find out they are unable to. If there is ever a ride you are concerned about at Universal Studios or Islands of Adventure, it is worth asking a Team Member if they have any ride vehicles that can allow for more legroom or space. Not all attractions have this, but some rides such as Revenge of the Mummy have rows meant for Guests who want a little extra space so that they can enjoy the attraction.

Have you or someone you know ever experienced something like this? Let us know in the comments below.