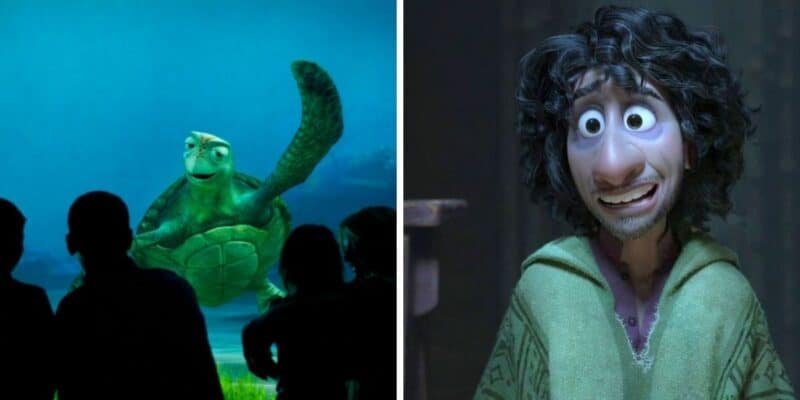 “We Don’t Talk About Bruno” has become a phenomena, but one child who was visiting Crush from Disney-Pixar’s Finding Nemo wanted to know exactly why we don’t talk about Bruno.

In a video shared to TikTok, a group of Disney World Guests are inside the Turtle Talk With Crush attraction at EPCOT, chatting about various topics. One child was handed the microphone and could ask Crush anything he wanted. He chose to ask “why do we not talk about Bruno?”, which had the audience laughing.

Crush’s response to the question is pure gold. Since he is a turtle, living under the sea, he has no idea who Bruno is, what Encanto is, or even what a movie is. (He went on to explain how they cannot watch movies in the ocean since they need electricity and electricity and water clearly do not mix).

We loved this video and thought Crush’s response was hilarious, as always. If you want to chat with Crush, be sure to visit Turtle Talk With Crush, located inside the Seas pavilion at EPCOT.

Are you a fan of Disney’s Encanto? Is “We Don’t Talk About Bruno” your favorite song from the film? Let us know in the comments below.