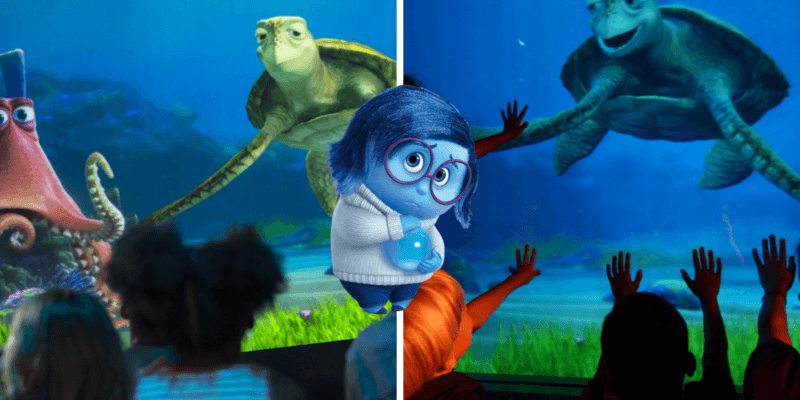 More sad news out of Disney World as we just found out even more Cast Members have been notified of layoffs — This time, performers from the long time favorite show, Turtle Talk With Crush.

Many Cast Members and fans took to Twitter to express their support for those who were included in the recent round of layoffs at Disney World. It seems that entertainment was hit very hard this time around.

Turtle Talk With Crush performers got notified along with other Equity Cast Members last night about the layoffs.

Another Twitter user @norakath_yrn shared that Turtle Talk With Crush and EPCOT Christmas Storytellers are both gone.

The user @TheDisneyBlog also took to Twitter to express their sympathies to the Cast Members who received layoff notices.

Hearing from reliable sources that all (or nearly all) equity performers at Walt Disney World were laid off tonight. No equity performers means no stage shows, no Turtle Talk with Crush, no Main Street citizens, and more. Our deepest sympathies to those who lost this jobs. pic.twitter.com/Ymq40qp92a

Turtle Talk With Crush was a fun interactive show for families visiting EPCOT. And for fans of the Finding Nemo franchise, it was a must-do on every visit.

A petition was started to call for Disney to let part-time laid-off Cast Members continue to keep their benefits with the company. You can read all the details about the petition here.

The recent wave of layoffs have been hard to keep up with, so if you are looking for a full list of the Cast Members that were included in this recent round of layoffs, check out our website here.

At Inside the Magic, we would like to express that our hearts go out in sincerity to all Cast Members who have been laid off during this truly troubling time. The Disney parks are an experience, and the Cast Members are the heart of that experience. Thank you to everyone who made magic, and kept it alive each and every visit.

If you would like to find out how to help Cast Members, please visit our resource guide here that can direct you in ways to help.

If you have had a memorable experience at Turtle Talk With Crush, or at any show or performance at Walt Disney World, share it in the comments below.