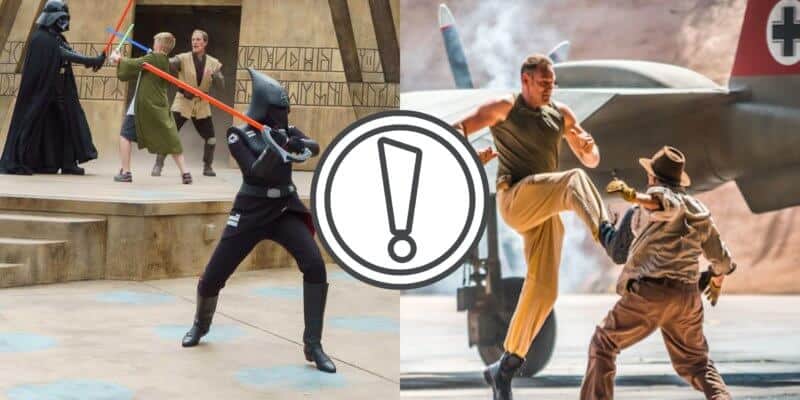 Amid the terrible news we have been receiving regarding entertainment at Walt Disney World, it seems that the list is sadly growing. Disney’s Hollywood Studios, which already laid off the performers in both Citizens of Hollywood and Beauty and the Beast – Live on Stage, is taking a second hit.

It seems that the Cast Members of Indiana Jones Stunt Show Spectacular, the Jedi Training Show, Disney Junior Live, and the Green Army Men from Toy Story Land will also be laid off from the Walt Disney Company.

To which Disney With Judy added, “Indiana Jones, Jedi Academy and Green Army Men as well.”

Turkey Leg Jeff also chimed into an ongoing discussion about the Disney World entertainment layoffs adding that the Disney Junior Live performers were also included in the layoffs.

The Disney Junior live performers too

The Disney Blog continues to point out that nearly all equity performers at Walt Disney World were laid off tonight. Although Disney has not yet confirmed whether or not these shows and performers will be operational in the future, it seems that the list is only continuing to grow.

To say Disney's shows, their crew and performers, are a large part of why I visit as frequently as I do, is an massive understatement. I don't expect the shows to be gone forever, but, wow, this hurts. From Indiana Jones Epic Stunt Spectacular to Monster's Inc Laugh Floor…

Raya and the Last Dragon STAN released a list of everything that they believe Disney is cutting in terms of entertainment, and it truly is a tough list to swallow. She noted:

Encouraging Guests and Disney lovers alike to let Disney know that they do not want to see these shows leave the theme parks.

The recent discovery of cuts at Disney’s Hollywood Studios is hard to swallow because that is a park that is based on the idea of stardom and Hollywood, with over half of the offerings being the massive shows that are put on that make you feel like you are in the movies.

Keep in mind that the recent wave of layoffs is part of the original 28,000 The Walt Disney Company originally announced last month.

Inside the Magic continues to send our thoughts and sympathies to all Disney Cast Members affected by the layoffs. If you are looking for ways to help these Cast Members, check out our resource article here.