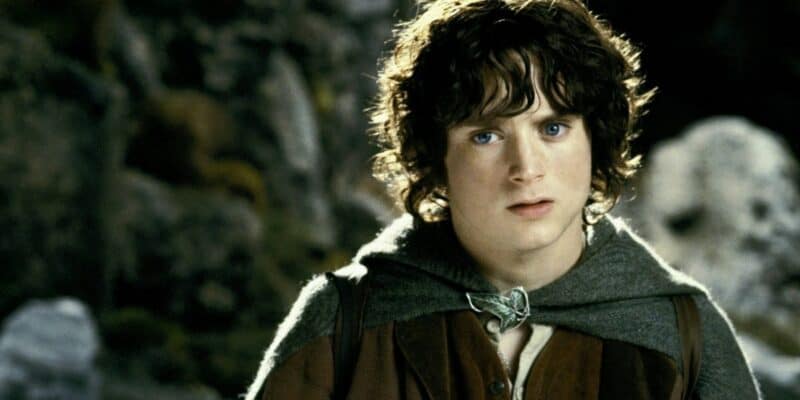 Amazon’s The Lord of the Rings: The Rings of Power is debuting later this year, but the conglomerate just acquired the rights to The Hobbit and more of Middle Earth, going against one of J.R.R. Tolkien’s standards when protecting his stories.

The world of author J.R.R. Tolkien and his Middle Earth with Mount Doom, the Shire, and Dark Lord Sauron is one of the most beloved novels and film franchises in history, with director Peter Jackson’s The Lord of the Rings trilogy being regarded as one of the greatest sagas of all time.

Adding to this fantasy world this September is Amazon’s The Lord of the Rings: The Rings of Power, a $500 million streaming series that’s been met with mixed reviews upon its official teaser trailer:

Not many fans were enthused when Amazon announced that they would be caring for the Tolkien torch follow Peter Jackson’s Rings and The Hobbit franchise. In fact, upon unveiling new and original characters, many fans expressed their disappointment in Amazon and more, claiming that the studio will “undermine” J.R.R. Tolkien’s legacy.

The Lord of the Rings fan Sus puts it perfectly:

For those of you who only know the movies and are wondering why any of this outcry matters, Tolkien didn’t set out to write just another fantasy, his first love was language and mythology. As a linguist, he set out to make the most beautiful language ever created (Elvish.) He invented Elvish based on Northern European languages.

As a historian, he wrote the Silmarillion and all the other extensive back lore that is only hinted at in the movies as alternate mythology for the British Isles. The very creation of Middle Earth by the gods through an act of song was informed by Finnish myths. He was steeped in Northern and Western European culture and the myths, legends, languages, stories, racial characteristics, history, and cultures of Middle Earth are inextricably built from corresponding roots of European culture in a way that no fantasy has ever been able to replicate before or since.

He is considered by many of us to be the true father of modern fantasy and no one—bar none—has equaled the depth and verisimilitude he brought to that creation.

This trailer and all Amazon interviews to date prove that they don’t care about any of this and intend to dismantle the very foundation of why Tolkien wrote these books as a labor of love in the first place. He loved his culture, his history, and his language and his invented languages, world, races, and stories were the medium through which he communicated his love of his ancestral heritage.

To change his work in the ways shown in this trailer and subsequent interviews is not just to reinterpret some surface aspect of his stories, it is to completely undermine his stated intent, strike at the heart of his passion, and directly attack his own cultural heritage.

Nonetheless, Amazon just altered the future of Middle Earth after acquiring the entire film and media rights to The Hobbit:

And thus Amazon secures a few more rights to Middle-earth, specifically THE HOBBIT

J.R.R. Tolkien repeatedly expressed throughout his life the distrust he had with large corporations who would ask for the film rights of his novels, including Disney.

Tolkien hated how Walt Disney represented dwarfs in his studio productions, citing Snow White and Seven Dwarfs (1937) as a “disgusting” depiction of dwarves:

…I recognize his talent, but it has always seemed to me hopelessly corrupted. Though in most of the ‘pictures’ proceeding from his studios there are admirable or charming passages, the effect of all of them is to me disgusting. Some have given me nausea…

In 1968, J.R.R. Tolkien sold the film, stage, and merchandising rights of The Lord of the Rings and The Hobbit novels to United Artists after being repeatedly pressured by his legal staff and financial advisors. But, United Artists shelved LOTR for eight years until selling the rights to The Saul Zaentz Company.

The Saul Zaentz Company then licensed the rights to produce an animated The Hobbit (1977) film to Rankin/Bass (Rudolph the Red Nose Reindeer), the first motion picture media of any Tolkien work.

Zaentz’s cult-classic The Lord of the Rings (1978) animated feature followed, but these films were all done after the passing of author J.R.R. Tolkien in 1973.

Now Amazon has joined the mix of The Hobbit being tossed around from studio to studio after Tolkien’s passing, potentially hurting the very essence of Bilbo Baggins, the dwarven kin of Thorin Oakenshield, and more.

Tolkien’s estate long battled with New Line Cinema, Miramax, Disney (who almost produced The Lord of the Rings in 1997), director Peter Jackson, and Warner Brothers, ultimately resulting in Jackson reportedly being barred from creating any more live-action films of his Rings and Hobbit trilogies.

Nearly a decade later and Middle Earth is coming out of retirement, especially with Amazon acquiring MGM Studios, following The Walt Disney Company’s acquisition of 20th Century Fox (which is now implementing the expanded Marvel Universe into the Marvel Cinematic Universe).

What fans should understand is that Amazon owns the entirety of The Hobbit film and merchandising rights, meaning that a Rings of Power spin-off Amazon series centered on the tales of Biblo Baggins and more could potentially be in the works.

Do you think Amazon should reboot The Hobbit? Let us know in the comments below!