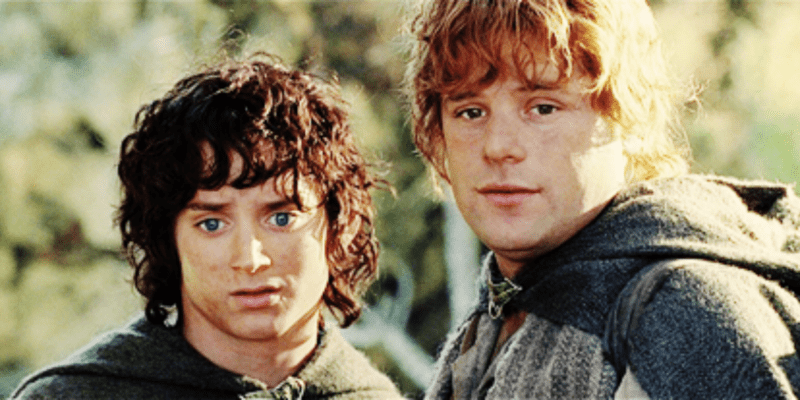 Amazon’s The Lord of the Rings: The Rings of Power series is debuting later this year, but Tolkien fans aren’t necessarily excited about it. Many are citing that Amazon is “hard-pressed.”

The making of LOTR, from actor Viggo Mortensen breaking his toe on an orc’s helmet to Orlando Bloom cracking his ribs, is legendary, and many fans of Middle Earth and author J.R.R. Tolkien’s work hold the entire cast and crew in high regard.

Related: Amazon Reportedly Monopolizing ‘Lord of the Rings,’ Tolkien Fans Up in Arms

For many, watching The Lord of the Rings and even The Hobbit trilogy is like seeing old friends. The cast is almost family.

As such, with Amazon introducing an entirely new cast of Middle Earth figures comprised of unknown actors for their $500 million Rings of Power series, many are worrying that Amazon is “hard-pressed” and out of luck when trying to fill the shoes of icons like Aragorn (Viggo Mortensen), Frodo Baggins (Elijah Wood), and Gandalf the Grey (Sir Ian McKellen):

Viggo is a once in a lifetime actor and Amazon will be hard pressed to find anyone with as much dedication to any character.

Viggo is a once in a lifetime actor and Amazon will be hard pressed to find anyone with as much dedication to any character.

Not many fans were pleased to learn that a whole cast of newcomers would comprise Middle Earth, including new characters that Amazon created specifically for the series:

Newcomers Morfydd Clark (Galadriel) and Robert Arayamo (Elrond) are taking over the elf roles of Lady Galadriel and Master Elrond of Rivendell, respectively.

The cast of Jackson’s The Lord of the Rings is iconic, held in the same regard as the original band of heroes that comprised George Lucas’ Star Wars original trilogy.

Since The Rings of Power takes place an age before The Fellowship of the Ring (2001) and The Hobbit: An Unexpected Journey (2012) kicks off (storywise), fans won’t be seeing any Legolas (Orlando Bloom), Mount Doom, Dark Lord Sauron, the One Ring, the Rohirrim (well, we could, but not the crew present in the films), and more.

With The Rings of Power nearing its debut on September 2, 2022, many are eager to see what the Second Age of Middle Earth truly entails, including new hobbits, dragons, elves, dwarfs, and other creatures Amazon is adding to Tolkien’s work.

aking place in the episodic Second Age of Middle Earth, Amazon’s The Lord of the Rings: The Rings of Power chronicles the construction of the One Ring worn by dark lord Sauron under Mount Doom:

How do you feel about not seeing any original members of Middle Earth in Rings of Power? Let us know!