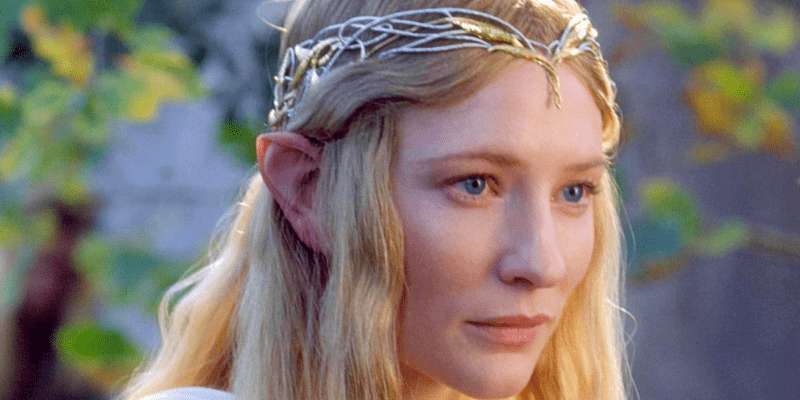 Amazon’s The Lord of the Rings: Rings of Power is only six months away, and every Tolkien fan is on edge about how Middle Earth will be portrayed. Though we won’t be seeing Aragon, Frodo Baggins, or Gandalf, Amazon is changing two iconic characters for their streaming series.

Related: Amazon Reportedly Monopolizing ‘Lord of the Rings,’ Tolkien Fans Up in Arms

Nonetheless, dark lord Sauron, Mount Doom, and the One Ring (the Ring of Power) will be at the forefront of Amazon’s reported 500 million dollar series.

But, two iconic characters that are beloved by virtually every Tolkien fan, Lady Galadriel and Lord Elrond, will be getting a major “reboot” in The Rings of Power.

Instead, newcomers Morfydd Clark (Galadriel) and Robert Arayamo (Elrond) are taking over the elf roles, respectively.

The friendship between Elrond and Galadriel dates back centuries before The Lord of the Rings: The Fellowship of the Rings (2001) kicks off the journey to destroy Bilbo’s old Ring.

According to The One Wiki to Rule Them All, Elrond has been a part of Tolkien’s Middle Earth since the inception of elves:

Elrond (Sindarin; IPA: “Star-Dome”) Half-elven, Lord of Rivendell, was one of the mighty Elf-rulers of old who lived in Middle-earth from the First Age to the beginning of the Fourth Age. He was the father of Elladan and Elrohir and Arwen Undómiel, the eventual wife of Aragorn II Elessar.

At the start of the Second Age (in which The Rings of Power series takes place), Elrond chose the fate of elves, counting among the elves and “remained in Lindon as captain and herald of Gil-Galad, the High King of the Ñoldor,” according to the LOTR wiki:

With the start of the War of the Elves and Sauron in SA 1695, Elrond was sent to Eregion by Gil-galad in an attempt to protect it from the invading forces of Sauron. Unfortunately, Elrond’s host arrived too late and was not large enough on its own to defeat off Sauron’s army. He retreated north with the refugees of Eregion including Celeborn, only escaping because the forces of Durin III assailed Sauron’s army in the rear. It was during the following two years (SA 1697) that Elrond founded Rivendell at the feet of the Misty Mountains, as a sanctuary and stronghold. For the next four years Rivendell was besieged by Sauron’s forces.

With the arrival of the Númenóreans the army besieging Rivendell was caught between the forces of Gil-galad and Elrond and destroyed. Elrond remained in Rivendell and hosted the first White Council, attended by Galadriel, at which it was decided that Elrond’s home, the Last Homely House, would remain the last stronghold west of the Misty Mountains, and that the Three Rings then held by Gil-galad and Galadriel would remain hidden. According to one account Gil-galad at this time gave Elrond Vilya the Blue Ring, though in other accounts Gil-Galad kept both Narya and Vilya until the end of the Second Age. It was also here that Elrond first met Celebrían, the daughter of Celeborn and Galadriel.

Like Elrond, Lady Galadriel becomes immortal upon seeking refuge in the mystic forest of Lothlórien near the western Wilderland.

Upon the discovery of Rivendell near the Misty Mountains, the first White council decided that the three Rings held by “then held by Gil-galad and Galadriel would remain hidden.”

Galadriel was the “Lady” of the woods of Lothlórien, which she ruled with Celeborn her husband.

One of the greatest of the Elves in Middle-earth, she surpassed nearly all others in beauty, knowledge, and power. She bore Nenya, one of the three Elven rings of power. J.R.R. Tolkien thought of her, along with Gil-galad the Elven-king, as one of the mightiest and fairest of all the Elves left in Middle-earth in the Third Age.

Whether or not we’ll see Rivendell in Amazon’s The Rings of Power is yet to be confirmed. Still, the elvish refuge is an icon of the Rings trilogy directed by Academy Award-winner Peter Jackson (The Lord of the Rings, The Hobbit).

The Lord of the Rings and The Hobbit franchises largely revolve around Galadriel, Elrond, and their elves, particularly with the age of Men nearly coming to its end in the Second and Third Ages of Middle Earth at the hands of Sauron, Saruman (Sir Christopher Lee), orcs, the Uruk-hai, and goblins.

While not every LOTR fan was keen on seeing Elrond in Amazon’s Rings of Power with short hair, it’s fascinating to see these two integral characters at the forefront of Sauron’s dark rise to power and the forging of the Rings.

In the Second Age, the Maia Annatar, “Lord of Gifts”, guided Celebrimbor and the other Ñoldor of Eregion in the creation of the Rings of Power. Galadriel had immediate distrust in Annatar, which was later justified when he was revealed to be Sauron. Galadriel counseled Celebrimbor in the hiding of the rings, and when Eregion was attacked, she was entrusted with one of the Three Rings of the Elves. Her ring was Nenya, the Ring of Water.

When audiences see Galadriel and Elrond again for the first time in almost a decade, we’ll be getting a whole new look into their never-ending lives, particularly how they rallied forces against the first siege of Sauron against Middle Earth in Mordor.

Unfortunately, Hugo Weaving snuffed out any rumors that he’d be returning to his Elrond role ever again:

“No way. Absolutely no. Matrix might have happened. But Lord of the Rings, no, I would never — I’m not interested in that at all. Look, I loved being in New Zealand with all those great people, and it was like going back to a family but actually, to be honest, I think everyone had more than enough of it.”

It’s clear that Weaving is happy to leave his Rings legacy where it’s at now, and the same probably goes for Cate Blanchett and her Galadriel run.

How do you feel about Amazon replacing these The Lord of the Rings characters? Let us know in the comments below!