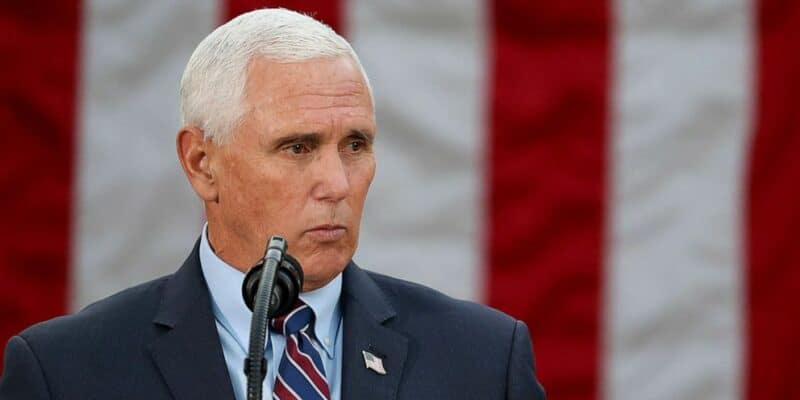 It is no secret that celebrities love Disneyland and Walt Disney World. From Marvel alum Chris Evans to Kim and Kourtney Kardashian, we spot celebrities visiting the Disney Parks and Resorts all the time. This weekend, however, the caliber of Guests will reach quite a political level.

According to the official website for The Federalist Society, a group of Conservative and Libertarian leaders, “On February 4-5, 2022, The Federalist Society’s Florida lawyers chapters will host their annual Florida Chapters Conference at Disney’s Yacht and Beach Club Resort in Lake Buena Vista, Florida. This event will see numerous political figures and leaders attend like former Vice President Mike Pence, Florida Governor Ron Desantis, and Associate Justice of the Supreme Court of the United States Neil Gorsuch.

Related: Every Disney Attraction That Will Be Closed This Month

As stated on the website, this convention will be held at Disney’s Yacht and Beach Club Resort. For Guests currently in Disney wanting to attend this convention, tickets are sold out unfortunately but a waitlist is available.

Related: Disney Attraction Closing Early For Third-Straight Day With No Reason Given

This event is not endorsed or sanctioned by the Walt Disney Company or the Walt Disney World Resort. Disney hosts numerous conventions of varying beliefs and ideals every year that may or may not align with the company.

Discover the casual elegance of this charming, New England-style Resort hotel. Savor exquisite dining, and explore the pools, lagoons and spas of Stormalong Bay. Sail around Crescent Lake on a rented mini-powerboat, and experience the luxurious comfort of a Club Level Suite. Sharing many amenities with its more formal sister, Disney’s Yacht Club Resort, Disney’s Beach Club Resort is walking distance to Epcot and a convenient boat ride to Disney’s Hollywood Studios.

Will you be visiting Walt Disney World during this convention? Are you attending? Let us know in the comments below!