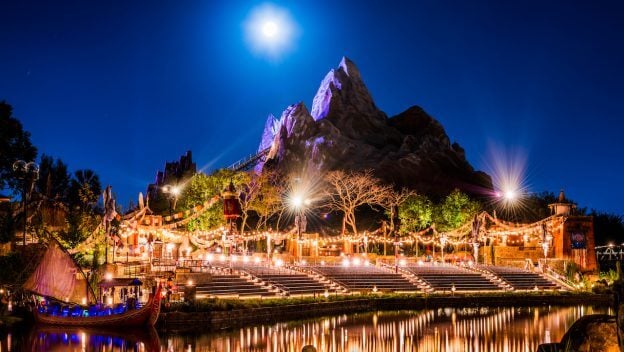 When planning a trip to Walt Disney World is it crucial to check what rides, attractions, and even restaurants will be open and which ones will be closed. Sometimes Disney closes certain things to give them a refresh or a refurbishment and sometimes, Disney will even completely transform an entire Park. Check here to see what will be closed next month.

During the month of February, not much will be closed but there are still a few things that you’ll want to know about. According to the official Walt Disney World Resort calendar, here’s what will be closed.

In the Magic Kingdom, Guests can expect to find beloved attractions still closed for refurbishment. The Walt Disney World Railroad has been closed for nearly five years now with no official reopening date announced yet. We did just see a train running but this was just a test. We can only hope that it will open soon!

Fortunately, Guests visiting EPCOT during the month of February. Guests will have to navigate the slightly-confusing layout though as the transformation of the Park is currently taking place. This new reimagining will bring new rides and attractions featuring characters from Moana as well as Guardians of the Galaxy.

Again, nothing will be closed that we know of in Disney’s Hollywood Studios. Fantasmic! has yet to return but we are expecting the “fantastic” show to return this year!

Perhaps the biggest attraction on this list is Expedition Everest. This ride closed earlier this month and was a big part of Animal Kingdom. While many Guests have missed experiencing this incredible thrill ride, there’s still plenty to do at Animal Kingdom like ride the terrifying DINOSAUR or visit Pandora – The World of Avatar.

For those looking to have a lazy day by the water, Disney’s Blizzard Beach is currently closed, meaning Guests will have to visit Typhoon Lagoon instead. Typhoon Lagoon finally reopened after a long refurbishment to many Guests’ surprise and excitement. Unfortunately, Guests wanting to take have fun in the sun (and snow) and take a plunge down Summit Plummet are out of luck for the rest of the year.

Will you be visiting Walt Disney World during the month of February? Let us know in the comments below!