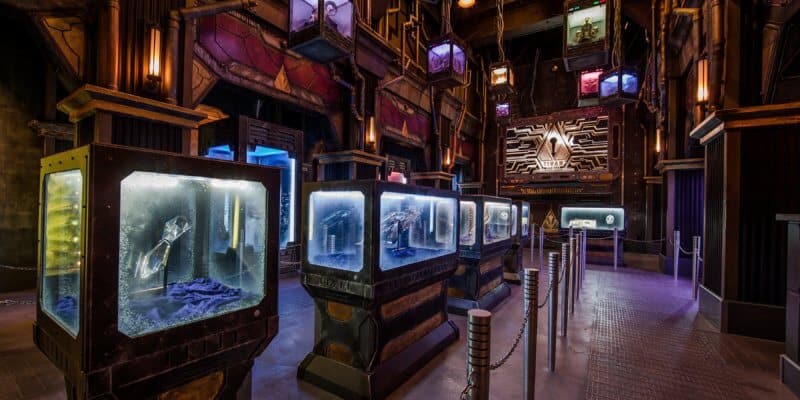 With so many rides and attractions, Disney is bound to give a few a refresh or retheme. From the controversial changes coming to Splash Mountain to the complete overhaul of EPCOT, Disney Guests can always expect something new and exciting when visiting the Parks.

One of the biggest changes split the Disney community in two when Disney announced that it would completely retheme Disneyland’s Tower of Terror, turning it into Guardians of the Galaxy – Mission: BREAKOUT!. Swapping ghosts for Peter Quill/Star-Lord, the changes made to the iconic Disney attraction received a lot of criticism from fans of the former attraction.

Fan-favorite Disney Imagineer Joe Rohde, who developed Pandora – The World of Avatar at Disney’s Animal Kingdom also worked on the Guardians-themed ride in Anaheim. Years later, most can look at the new ride and see that it was a worthy successor to the classic drop-ride that was the Twighlight Zone Tower of Terror. Recently, however, one Guest riding Guardians of the Galaxy – Mission: BREAKOUT! noticed a relic of the former attraction and posted it to Reddit. See the full post from u/dwightsabeast below:

Some utility signs still say Tower of Terror in Breakout

User u/chadwpalm commented with the most likely reason this sign still says “Tower of Terror”:

I believe it’s because on the construction side of things anything that requires the pulling of a permit has to maintain consistent labeling with what is on the permit. The only way it would change would be if they completely replaced the system and needed to file for a new permit, but even then they tend to keep the same labeling for consistency.

User u/yojoerocknroll wondered if the same thing applied to another extinct attraction:

ooh so I wonder if some of the labels in the control rooms of Nemo still say Submarine Voyage.

User u/aDysquith talked about other signs like this at Soarin’:

Idk if you can see it as a non-cast member. But if I recall correctly there are several spots in Soarin’ that are labeled ULTRA FLIGHT, including the main tower controls.

While some may still be sad that Tower of Terror closed in the Southern California Park several years ago, Guardians of the Galaxy – Mission: BREAKOUT! is a blast and a crowd-favorite and continues the legacy of the iconic drop-tower attraction.

More on Guardians of the Galaxy – Mission: BREAKOUT!

Step Inside a Towering Citadel

Have you been able to ride Guardians of the Galaxy – Mission: BREAKOUT! at Disneyland in California? What do you think of it? Let us know in the comments below!