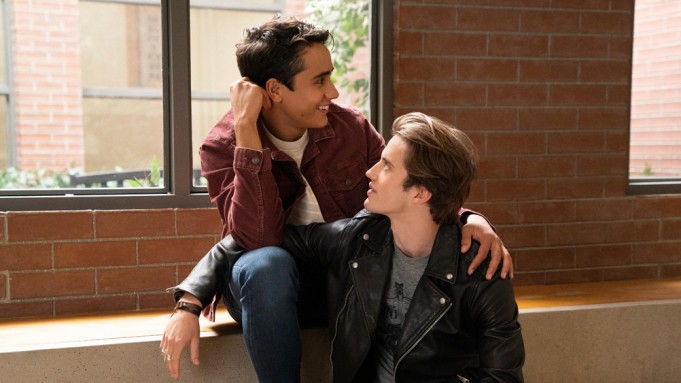 The Love, Simon spin-off series, Love, Victor, which was originally planned to air on Disney+ but was moved to Hulu due to its content not being “family-friendly” (similar to the Lizzie McGuire spin-0ff, which was ultimately canceled completely), officially launched in June 2020 and has been a fan-favorite ever since.

In fact, executive producer Brian Tanen explained the positive response from Love, Victor in an interview with The Queer Review in 2020, saying:

“Overall the reception to the film was incredibly positive, and that it was wonderful that it existed, this wish-fulfillment version of a coming out story in which the young person was accepted for who they were and that their parents had a great reaction, and it was heartening for a lot of people to see this represented on film.

But at the same time but they told me that they kept hearing the same critique from time to time, which was that although a lot of people felt like it didn’t represent their experience. So they started to wonder whether there was a story to tell where we could represent the experiences of teenagers who haven’t had it so easy and for whose families it was going to be a journey. That’s why television was such a great medium to tell this story because in film the characters have to come to a conclusion by the end of two hours, whereas with television people can grow over long periods of time. They can start in one place and end in another, and that felt really true to both a young person’s coming out journey as well as to the reaction of a family that might not be well-suited to hear that kind of news.”

Unfortunately though, despite the positive feedback and a successful first two seasons, fans of Love, Victor will be disappointed to learn that the series will be coming to an end after Season 3.

On Tuesday, February 9, Hulu announced that the upcoming third season of the series will be its last, according to reports. All eight episodes of Season 3 of Love, Victor will debut on Wednesday, June 15.

According to Hulu, Season 3 of Love, Victor will see “Victor and his friends faced with a new set of problems that they must work through to make the best choices for their futures with post-high school plans looming.”

Hulu’s Love, Victor focused on the new Creekwood High School student, Victor, who had to face his own challenges and adjustments, including his sexual orientation, as he moves to a new city.

Are you upset to see Love, Victor coming to an end? Let us know in the comments below.

Comments Off on ‘Love, Victor’ Confirmed to End After Upcoming Season 3