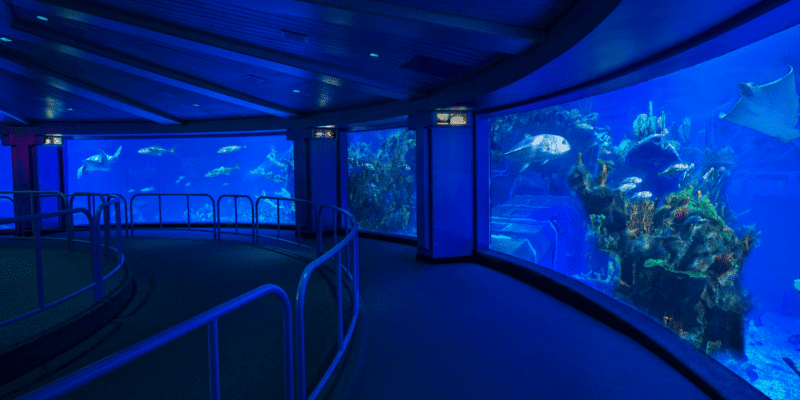 Walt Disney World Resort allows Guests the opportunity to immerse themselves in the magic of the World of Disney in a way unlike anything else.

From attraction experiences to character meet-and-greets to incredible nighttime spectaculars and everything in between, a trip to Walt Disney World can make magical memories that last a lifetime.

While Disney magic is certainly a real thing, that doesn’t mean that Guests don’t notice certain aspects of the Disney Parks that they wish would improve.

Disney currently just finished refurbishments on Splash Mountain and Big Thunder Mountain Railroad in Magic Kingdom. While many Disney Guests were speculating that the Princess and the Frog retheme that has been previously announced by Disney would take over the Splash Mountain ride on this refurbishment period, the attraction still has its same theme, based on the movie The Song of the South (1946).

In addition, Test Track at EPCOT has been undergoing work but has not shut down for refurbishment, other than closing early several days the past few weeks.

A recent Reddit thread discussed The Seas with Nemo & Friends, an attraction at EPCOT in Walt Disney World Resort.

User U/wuzzup1 noted that the ride was “depressing” to them and that it needed a makeover.

Anybody else find The Sea’s with Nemo and Friends depressing, the ride needs a make over!

Finding Nemo at EPCOT from WaltDisneyWorld

Many others agreed, including CyanMantan who said the ride was actually an upgrade of an “even more depressing ride.”

The thing is, it already is an upgrade of an even more depressing ride.

Some users called the ride “low budget” while others said it was fine for being a children’s ride like U/Underbadger.

It’s a simple kids’ ride with the Nemo characters; my niece adored it. I’m not sure what about it is “depressing” or in need of a “make over”. Quite honestly it’s just the way to get to the massive amazing aquariums.

The Seas with Nemo & Friends has been around since 2007 and some would argue that the ride is in need of an upgrade. However, the main attraction for the building is not necessarily the ride itself but rather the aquarium full of marine life that Guests are treated to following the ride.

It’s not just The Seas with Nemo & Friends that Disney fans have discussed needing an update. We’ve previously covered how fans have asked for updates to Space Mountain, as well as others like Journey Into Imagination with Figment and Rock ‘n’ Roller Coaster Starring Aerosmith.

Once your underwater adventure ends, encounter an ocean of fun in The Seas with Nemo & Friends Pavilion. Get close up with clown fish, sharks and more in the massive 5.7-million-gallon saltwater aquarium they call home.Fun “fins-on” activities teach your guppies about marine biology, sharks and more.

EPCOT is home to many more world-class attractions, as well, including Soarin’ Around the World, Living with the Land, Test Track, The World Showcase, Gran Fiesta Tour Starring The Three Caballeros, Journey Into Imagination with Figment, Remy’s Ratatouille Adventure, Mission: SPACE, Spaceship Earth, and much more.

The exciting new Guardians of the Galaxy: Cosmic Rewind coaster is set to open this summer, as well.

Full list of Refurbishments at Disney World Next Month

When Guests go to Disney World, it is always important to know what rides will be closed. For those heading in March, here is a list of what you can expect to not ride or experience when you visit.

The Walt Disney World Railroad gives Guests a tour of Magic Kingdom and transports them from lands like Tomorrowland to Main Street, U.S.A. The ride has been closed since December 2018, and therefore, has not driven Guests around for years. This had to be done in order for Disney World to begin construction and make way for the upcoming TRON attraction, which will be located in Tomorrowland once complete.

Climb to the top of the mountain and face the terrifying Yeti! This coaster is popular but is under a lengthy refurbishment through to May 2022 at the earliest. It seems the construction on Expedition Everest will be maintenance-based.

According to the Walt Disney World refurbishment calendar on My Disney Experience, Souk-al-Magreb at EPCOT will be closed for the entire month of March.

At the moment, Typhoon Lagoon is the only water park available for Guests as Blizzard Beach undergoes a refurbishment. There isn’t a reopening date for the Disney Park at this time.

What do you think of The Seas With Nemo & Friends? Let us know in the comments.