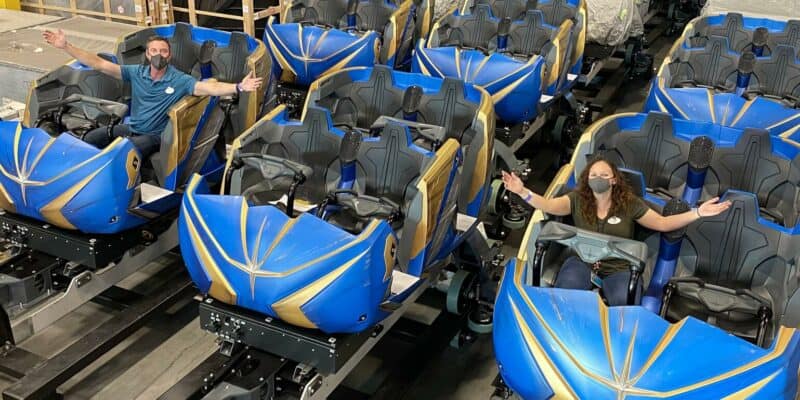 A new attraction is set to open in Walt Disney World Resort and it’s coming soon!

While Disney has not made an official announcement, the final touches are being placed on Guardians of the Galaxy: Cosmic Rewind, and just yesterday Disney Executive Geoff Morrell revealed that the coaster was set to open on Memorial Day weekend. The tweet was promptly deleted and another was sent out saying “coming soon.”

The official Disney website says the coaster will open in “summer 2022,” meaning that Morrell’s original date is likely correct.

Phil The Horizoneer (TheHorizoneer) recently shared what seems to be the new loading area concept art that gives Disney Guests a small taste of what the inside of the coaster will look like. It should be noted that this was put out by a fan, and not Disney, so the rendering may not be accurate, or could be fan made. That being said, it does look a lot like what we saw in the background of Disney Executive Geoff Morrell’s Tweeted photo.

Futuristic décor should be expected and this coaster has been built with state-of-the-art technology that includes 360 degree rotations and Disney’s first ever reverse-launch.

Are you excited for the opening of the new roller coaster at the Disney Park? Let us know in the comments below!