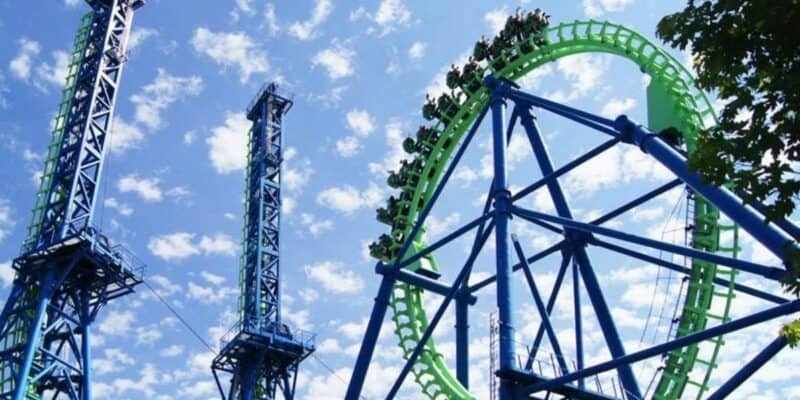 The pandemic proved to be a tough time for theme parks worldwide. Having to shut down for months to years, many theme parks suffered as they were not able to generate any form of revenue. Even now, many theme parks rely on tourism, and with many Guests not yet ready to travel, or some not yet feeling comfortable to enter crowded areas, not everyone is bouncing back as Disney did.

Although Disney did see some rough patches, the company’s CEO Bob Chapek noted that the theme parks had their second most profitable quarter, which shows that the company is definitely on the upswing. Now that hotel rooms are tougher to find, the 50th anniversary is being celebrated, and shows like World of Color, Fantasmic!, Disneyland Forever, and the Main Street Electrical Parade have returned, the desire to visit a Disney Park will only continue to increase, especially after so many Guests have had to put off trips.

We have already seen Disney Genie+ impact other Parks like Six Flags Magic Mountain who created a similar Flash Pass, but now, it seems that the business model of increasing Park tickets is trending at theme parks all over America. Krem began to notice the trend after tickets to Silverwood increased by 28.21% since 2017. The cost of a ticket in 2017 was $39 compared to $50 in 2020. This may not seem as expensive compared to Disney ticketing, but it can add up for a smaller local park.

The publication continues to note all of the inflation that has gone on at multiple theme parks, some doubling their cost.

Trailing Silverwood are Nickelodeon Universe in Florida at 25%; Dollywood, Tennessee, at nearly 22%; Canobie Lake Park, New Hampshire, at roughly 21%; and Silver Dollar City in Missouri at more than 19%.

Marketing and entertainment director of Silverwood, Jordan Carter, spoke on why prices have inflated so much, and one of the reason that were noted was the cost of minimum wage increases. It seems that in order to pay their employees, the theme park had to raise their costs, which may be something similar to what we have been seeing at Disney World as Cast Member minimum wage has increased to $15.00. Interestingly enough, Silverwood pays their employees a higher starting wage, at $16.00 per hour, and is able to operate their Park at less than half the cost of a Disney ticket. Of course, the Parks are not comparable in offerings, but with many Cast Members and Guests fighting to see Disney pay their employees a livable wage, the contrast here is interesting.  At the Universal theme parks, we have also seen prices increase.

What do you think of the continuous increases we are seeing at theme parks all over America? Are the costs of tickets becoming too high?