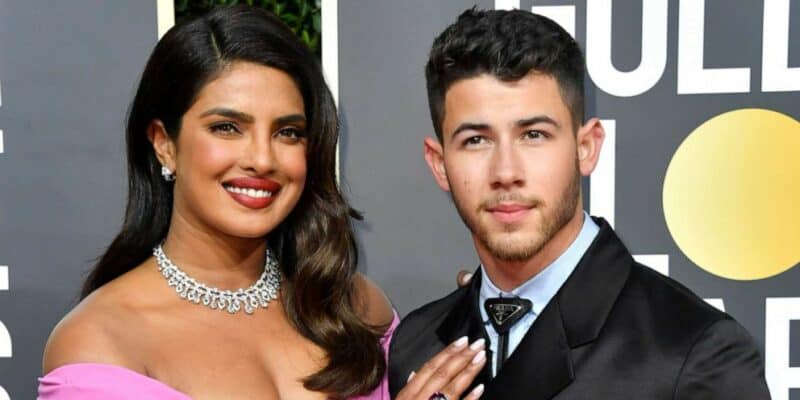 In November 2021, Priyanka Chopra (Baywatch, Bajirao Mastani) caused a bit of a social media firestorm when she removed her married name, “Jonas” — the actress’s husband is Jonas Brother star, Nick Jonas — from her online profiles.

While the Matrix Resurrections (2021) alum and the pop star quickly put the rumors to rest — Chopra commented “I just died in your arms” on her husband’s gym selfie, setting fans’ divorce speculation straight — Chopra has gone on to share that the pandemic has been “very, very hard” on the popular couple, as she was filming overseas when quarantine began.

Now, Chopra has opened up again, specifically about removing “Jonas” from her name online amid the launch of her new beauty line. In a new Vanity Fair interview, she addressed how she felt after the situation:

“It’s a very vulnerable feeling, actually, that if I post a picture, everything that’s behind me in that picture is going to be zoomed in on, and people are going to speculate. Because of the noise of social media, because of the prevalence that it has in our lives, I think it seems a lot larger than it is. I think that we give it a lot more credence in real life, and I don’t think it needs that.”

Jonas also weighed in, noting that the couple has worked “really hard” to “create that little safe haven” with people who are close to them:

“We both know that public life is something that comes with what we do,” he said. “But we’ve set real boundaries around our personal lives, our privacy, and worked really hard to create that little safe haven for ourselves with our friends and family.”

Chopra currently has five projects in the works, including Amazon Studios’ “action-packed spy series” Citadel that is due to hit Amazon Prime Video this year. As for Jonas, he and his brothers, Kevin and Joe, have been touring and released a single called “Remember This” last summer.

Do you think Nick Jonas and Priyanka Chopra are actually still going strong?

Comments Off on Priyanka Chopra Opens Up About Being “Vulnerable, Removing “Jonas” From Name