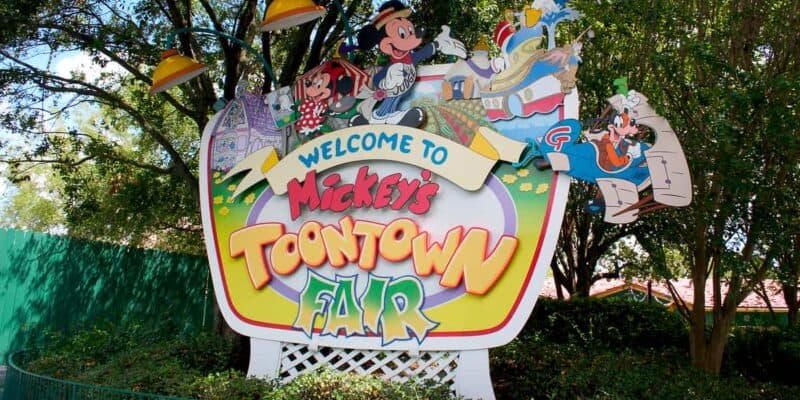 Mickey’s Toontown Fair was one of themed lands in the Magic Kingdom at Walt Disney World Resort; however, it closed in February 2011 to make room for future expansion of Fantasyland. Now, the area is home to Storybook Circus, which hosts rides such as Dumbo the Flying Elephant and Goofy’s Barnstormer.

Many Walt Disney World fans miss Mickey’s Toontown Fair, and even though they can’t visit the land in person, they can enjoy some nostalgia thanks to an aerial photo making its rounds on social media.

Twitter user History@Disney shared an aerial view of Mickey’s Toontown Fair at Walt Disney World, which has brought some nostalgia to many Disney World fans on social media. They wrote:

This area is now occupied by Storybook Circus as a part of New Fantasyland.

This area is now occupied by Storybook Circus as a part of New Fantasyland. pic.twitter.com/2z45q74x4A

Within the photo, you can see what Mickey’s ToonTown used to look like in Magic Kingdom, including Mickey Mouse’s home — which actually hosted a meet and greet with Mickey himself.

According to Disney Parks Blog, Mickey’s Toontown in Disneyland park will close in March 2022 to make way for a new, reimagined Mickey’s Toontown, which will debut in early 2023 alongside Mickey and Minnie’s Runaway Railway.

According to the official announcement, one of the new areas coming to the reimagined Mickey’s Toontown will be CenTOONial Park, which will act as the first space Guests see when they enter the area and will be home to two interactive play experiences.