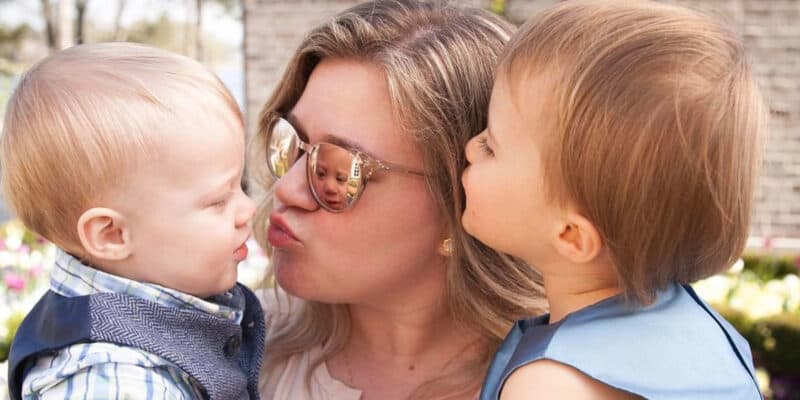 Former American Idol contestant, songwriter, author, actress, and talk show host Kelly Clarkson has just about done it all. But the singer’s most important role is that of mom — and she embraces it every day.

Clarkson shares daughter, River Rose, and son, Alexander Remington, with ex-husband Brandon Blackstock. In October 2020, Clarkson opened up about her divorce and shared how her kids came first for her throughout the contentious situation:

“I have a great family and friends that are there for me. It’s a very hard thing to navigate, to be able to be honest and share your story, so maybe you can help someone else, but at the same time protecting these little kids you adore and they’re the most important thing to you.”

Our third night in a row to watch Encanto ha! My kids are obsessed and I don’t mind, it’s so good.

Parents immediately began responding to Clarkson’s post with their own glowing reviews of the Colombian-inspired film, which has taken America by storm — Lin-Manuel Miranda’s “We Don’t Talk About Bruno” was even the number one song in the country at one point, and the Encanto soundtrack is officially more popular than Frozen (2013).

The reactions are a refreshing change of pace from the often negative comments on celebrities’ social media posts.

Some of The Voice coach’s followers shared comments like, “Love it!! We’ve watched it a ton too! Can’t get that Bruno song out of our heads…and we’re not mad about it!” and “Yesssss mine has seen it 10 times!!! But I agree it is good!!”

Another follower shared, “We (the parents) watched it today while the kids were at school.”

Someone else shared their thoughts with Clarkson, as well, writing, “We don’t talk about Bruno is one of the best Disney songs ever.”

Disney’s Encanto is currently available to stream anytime on the Disney+ platform.

Does your family love Encanto?