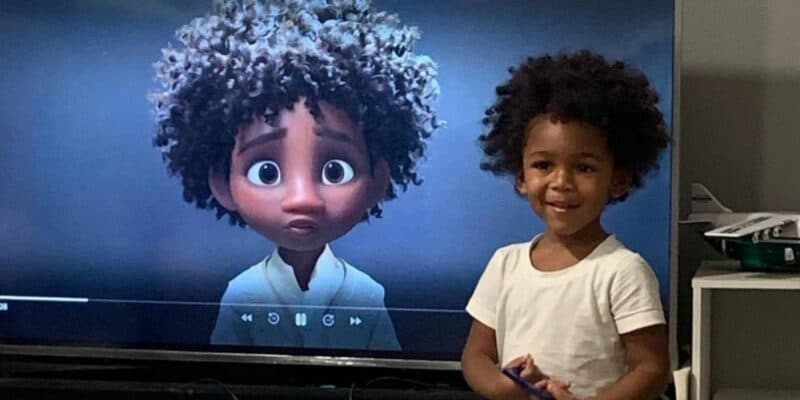 The Walt Disney Company has been pushing inclusion for quite some time now. From reimagining Splash Mountain into a The Princess and the Frog theme to having a gender neutral dress code at the Parks, the company has made multiple efforts in depicting more accurate representation.

Encanto tells the story of an “extraordinary family” who all have a magical gift — except for one, Mirabel. Disney describes the film as:

The movie itself is a celebration of the culture, diversity, music and people of Colombia.

When making the film, The Walt Disney Company stated:

While voice dubbing for global markets is a common practice in the industry, Disney Studios Content is committed to further diversifying its voice dubbing talent around the world. With that in mind, several strides were made for Walt Disney Animation Studios’ 60th feature film, Encanto, opening today in theaters worldwide. A Spanish-language version of the film, featuring an entirely Colombian cast, is playing in approximately 30 countries throughout Latin America and Spain. Much of the dub was recorded and produced in Colombia and features voice actors who are all new to Disney.

And this diversity is seen by Disney fans everywhere — including two-year-old Kenzo who “saw himself” in the movie.

Kenzo and his family were watching Encanto when he noticed one of the characters, a young boy named Antonio, looked just like him.

“He seemed to be in awe, just smiling and staring at the screen,” Kenzo’s mom, Kah Brand, told POPSUGAR. “Then he stood up and looked back at his dad and me, still smiling. For him, I truly believe that he thought he was seeing himself because of the resemblance between him and Antonio.”

Kenzo’s father, Keith, also spoke out to ABC about this heartwarming experience. “He was able to see someone that looks like him. I know growing up for me that wasn’t necessarily often something you see,” he said.

“For me, it did make me feel a little bit emotional to think that my son was able to see this and have this experience. Just for so many other Black and brown boys and girls to be able to have that same experience now, I think that was amazing.”

But for Kah, it was so much more than the resemblance that mattered — it was Kenzo’s reaction and emotion.

“It was the impact of feeling seen,” Kah added. “It is essential for Black children to feel seen and to be connected to positive and empowering images for their self-esteem.”

After the family watched Encanto and seeing Kenzo’s reaction, they had a beautiful conversation where everyone tried to think of a character from their own childhoods with which they connected.

“But these characters weren’t around,” Kah told POPSUGAR referencing her own generation. “We didn’t have this growing up. What’s so special about Encanto was that it didn’t stop at just showing us brown characters. It showed the diversity in hair textures and skin tone. I’m so grateful for moments like this because I’m aware of its impact, especially for brown boys and girls.”

“It brings joy to our family. There’s power in representation and magic in creativity. This generation and future generations will experience inclusivity because the film industry is moving in a direction that reflects the true diversity of our world.”

Have you seen Encanto yet? Did you enjoy the film? Let us know in the comments below.