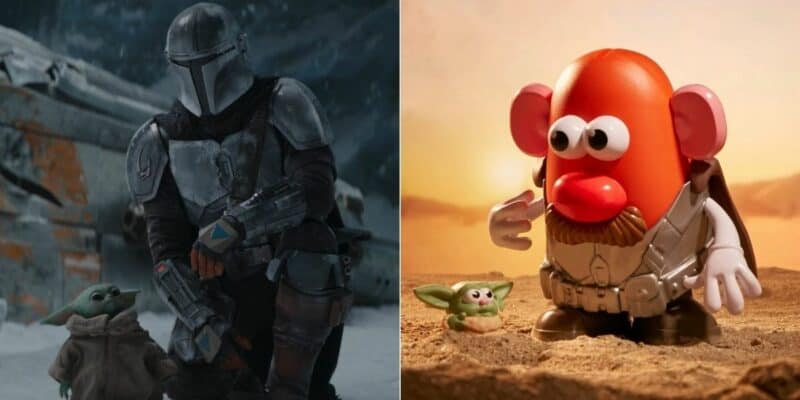 Now, Hasbro is bringing one of its most iconic toys of all time — Potato Head (formerly Mr. Potato Head) — into the Star Wars universe with “Potato Head The Yamdalorian and the Tot,” a brand new version of Potato Head that features a tiny Grogu (AKA “Baby Yoda”) and Djarin’s now-iconic beskar armor.

Although “The Yamdalorian and the Tot” won’t officially start shipping until February 2022, the set can be preordered at Entertainment Earth for just $15.99.

The official description of the Hasbro toy set reads:

Spuds are the way! Meet the Yamdalorian and the Tot, Potato Head versions of characters from the Star Wars series, The Mandalorian. This creative toy for preschoolers features one potato body, a base with feet, helmet, armor, cape, eyes, 2 arms, 2 ears, nose, and mustache. Plus, the adorable Tot figure inspired by Grogu fits inside the Yamdalorian’s included pouch. The accessories are designed for little hands, so kids will love imagining intergalactic adventures with this dynamic potato duo. This Potato Head toy makes a great birthday gift and holiday gift for any Star Wars fan ages 2 and up. Most parts are compatible with other Mr. Potato Head, Mrs. Potato Head, and Potato Head toys. (Each sold separately. Subject to availability.)

Are you going to order “The Yamdalorian”?