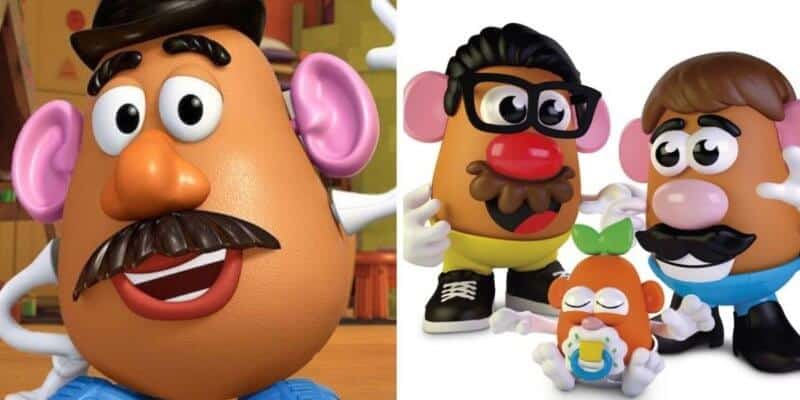 If you are a fan of Pixar’s Toy Story franchise, you likely grew up with characters like Woody, Buzz Lightyear, Rex, Ham, and Slinky Dog. One character you or your parents may have loved playing with long before the films came out is Mr. Potato Head! Kids could rearrange all of Mr. Potato Head’s body parts for hours and then had the chance to see their favorite character come to life, as well as Mrs. Potato Head, in the classic Toy Story films.

Now, it seems that the original toy from Hasbro is now gender-neutral — or at least, the toy brand is. The toy line will just be named “Potato Head” after 70 years, according to AP.

It seems that Hasbro is trying to make Potato Head a more universally relatable toy brand, which is something they have been doing for other popular toys. Barbie, another Toy Story character, originated through Mattel but “has tried to shed its blonde image and now comes in multiple skin tones and body shapes.”

That being said, Hasbro has recently confirmed that although the toy brand name will now be Potato Head, shoppers can still purchase both Mr. and Mrs. Potato Head toys.

It is also reported that “As part of the rebranding, Hasbro will release a new Potato Head playset this fall that will let kids create their own type of families, including two moms or two dads. The Mr. and Mrs. Potato Head characters will live on in some form, and, as we know, both have appeared in the Toy Story movies.”

Related: Woody From ‘Toy Story’ Has a New Look at the Parks!

That being said, it does not seem that Hasbro’s decision to change the toy will affect the Toy Story franchise that Disney fans know and love. The Mr. Potato Head character will remain at the Disney Parks — both at Toy Story Midway Mania on Pixar Pier at Disney California Adventure, and at Toy Story Mania in Toy Story Land at Disney’s Hollywood Studios. If this is your favorite Disney character, he won’t be changing at all.

Do you think that Hasbro made the right decision to change the “Potato Head” brand?