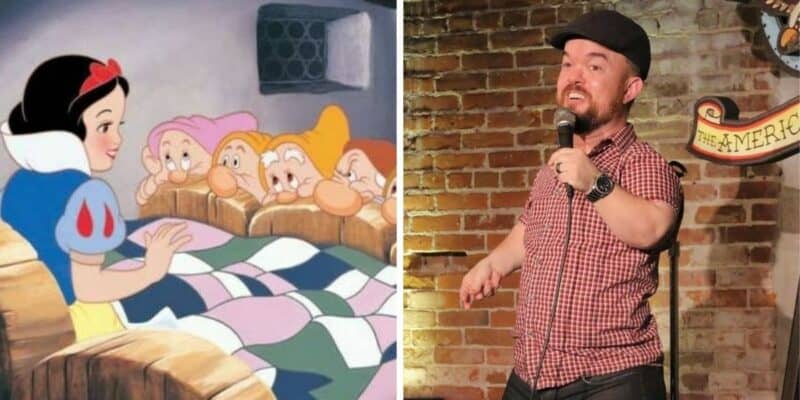 Disney’s live-action film based on the 1937 animated movie, Snow White and the Seven Dwarves, has received some backlash recently — specifically from Peter Dinklage, who is best known for his role as Tyrion Lannister in HBO’s hit series Game of Thrones.

Since then, other celebrities are speaking out regarding the upcoming live-action film — some defending the company while others agree with Dinklage.

Snow White and the Seven Dwarves (1937), which is known by staffers as “Walt’s Folly” during its production, was not expected to be successful, but it proved everyone wrong as the first-ever full-length animated feature film is now known as a cinematic classic, even being nominated for Best Musical Score at the Academy Awards in 1938. The following year, producer Walt Disney was awarded an honorary Oscar for the film as well.

Nearly 85 years later, the Walt Disney Company previously announced it will be working on a live-action adaptation of the classic Walt Disney Animation Studios film. Though, it has already faced some fan backlash regarding the changes currently being made to this new version of Snow White, celebrities have continued to voice their opinions on the subject, including Game of Thrones star Peter Dinklage, who said:

This comment has sparked quite the controversy — so much so that The Walt Disney Company released a statement saying, in part, “To avoid reinforcing stereotypes from the original animated film, we are taking a different approach with these seven characters and have been consulting with members of the dwarfism community.” In fact, one report even suggests that the company may not use dwarves at all in the film, and instead, will use “magical creatures.”

Not everyone is agreeing with Dinklage as 21-year-old Paralympic swimmer, Will Perry, who has dwarfism, recently defended Disney, saying Snow White shouldn’t be canceled.

Now, another celebrity with dwarfism is speaking out.

Comedian Brad Williams spoke out on the controversy surrounding Disney’s live-action Snow White and the Seven Dwarfs film, saying he is “torn.” He told TMZ:

“They’re touting the progressiveness, they’re touting that they have a Latinx Snow White. Which is great, but we’re still doing the dwarf thing, you know? So, he’s right. But at the same time, I’m torn because it’s like yes, it’s mildly offensive. But at the same time, I kind of need the work. So, I’m kind of hoping for acting gigs. You know, that’s why I’m a stand up comic. So I can get more work for myself and not have to worry about other people telling the story.”

What do you think of the backlash on Disney’s live-action Snow White? Let us know in the comments below.