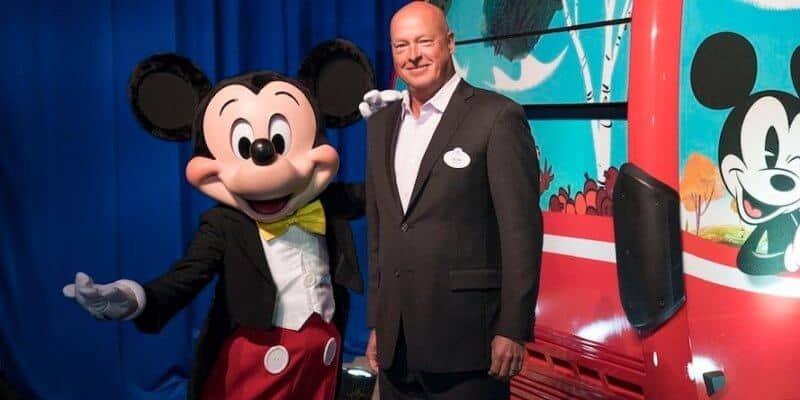 Disney heiress, daughter of Roy E. Disney, and granddaughter to Roy O. Disney, Abigail Disney has been a fervent supporter and advocate of workers’ rights. Last night, January 24, 2022, Abigail Disney expanded on her thoughts about the legacy of Disney and the current Bob Chapek era, following a screening of her documentary The American Dream and Other Fairy Tales (2022) at Sundance Film Festival.

Synonymous with joy, love, and happiness, The Walt Disney Company have aimed to deliver their magic for the past century. From Star Wars to Splash Mountain, Avengers Campus to Animal Kingdom, Disney is one of the biggest entertainment enterprises worldwide.

As Disney hurtles towards its centennial, the past few years have been tarred by multiple callouts of the Mouse House, stemming from Cast Member working conditions, profits over Guest experience, and the divisive running and development of Disney brands, notably the theme parks provision of the corporation.

Disney has never been exempt from criticism but ever since the arrival of Bob Chapek as Disney CEO following the departure of Bob Iger, Guests, and reportedly Cast Members too, have been critical of the corporation. From a Disney Parks perspective, fans have seen the arrival of the controversial Disney Genie+ and Individual Lightning Lane Selections following the end of the free FastPass+ system, while callouts have been made for the overall caretaking of the Parks — such as Central Florida’s Walt Disney World Resort –, and anger at Cast Member pay.

Abigail Disney’s documentary, The American Dream and Other Fairy Tales, examines workers at the US domestic Parks, Disneyland Resort, and Walt Disney World. The documentary director and philanthropist recently spoke to The Hollywood Reporter prior to her movies debut at Sundance. She said, in part:

“Bob Chapek was the guy who presided over all of the changes at Disneyland and Disney World that we’re talking about in this film — dynamic scheduling, a euphemism for jerking them around so they can’t get a second job and they never make 40 hours a week and they don’t qualify for health care.

Taking a department of 250, shaving it to 200 and expecting them all to do the same work in the same amount of time. There are a thousand ways they’ve been cutting costs, and much of it came from Bob Chapek and under his command. So I don’t really have very optimistic expectations. If anything, it’ll probably get worse.”

Now, following the premiere of her Disney documentary, the heiress expanded on her remarks in a live Q&A. Abigail Disney offered her sentiments, focusing on a consumer-based push to take charge of corporations that do not treat their workers well. She said (via Bloomberg):

Roy O. Disney co-produced the documentary which follows the lives of theme park workers and her own journey into activism. Abigail Disney also said that the company was “just as abusive and exploitative of their customers” as they have been of Cast Members. Adding that Disney has been “driving prices up to ridiculous levels and charging unbelievable amounts for hamburgers and so forth and stripping services away.”

Recently, during the Disney Earnings call, CFO Christine McCarthy stated that portion sizes would be reduced. The news was later supplemented by multiple sources confirming that along with the portion reduction, the price of food and drink items has increased. Just last week, it was reported that Bob Chapek took away an incredible salary during, what can only be described as, one of the most troubling times in Disney Parks history, pandemic and all. It was not too long ago that The Walt Disney Company laid off hundreds of workers to cope with the results of a COVID world.

The report goes on to add:

“Withhold your money from the companies that are exploiting people,” she said. “You don’t really need to take a trip if you feel like it’s not a reflection of your values.”

“I think there’s a natural affinity between customers and workers and they need to make common cause together to change companies,” she said.

Abigail Disney is not the only one to comment on Disney’s recent practices. Currently, a petition has gone viral online which calls for Bob Chapek to be fired as Disney CEO. The petition is reportedly co-signed by many Disney Park Cast Members as well as fans.

What do you think of Abigail Disney’s comments? Let us know down below!