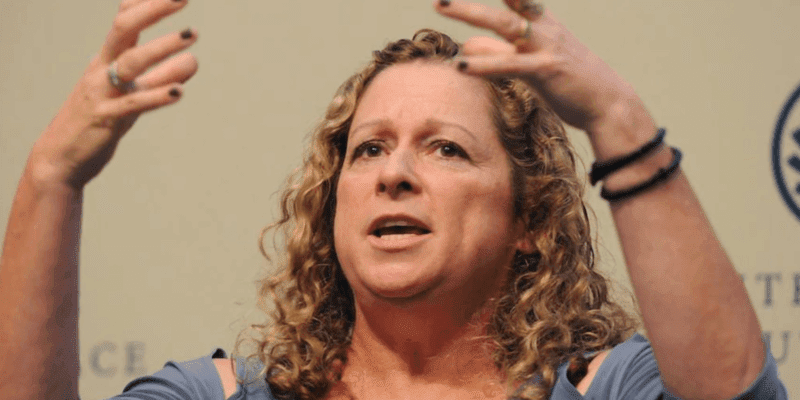 Abigail Disney has been vocal about how she feels toward executives of the Walt Disney Company, including Bob Iger and Bob Chapek, and the company’s practices.

Back in 2019, she shared in an interview that she was “livid” after seeing worker conditions at Disneyland. She even spoke out against the company during the mass layoffs that occurred during the height of the pandemic in 2020.

Now, Abigail is speaking out against the Walt Disney Co. again and this time it’s in the form of a documentary. Concerned about the issue of wealth inequality, she has directed a documentary titled The American Dream and Other Fairy Tales about this issue, including her on-camera interviews with Disney Cast Members, that is set to premier on Monday, January 24 at Sundance.

In an interview with The Hollywood Reporter, Abigail called out Disney CEO Bob Chapek for “unfair labor practices.”

“Bob Chapek was the guy who presided over all of the changes at Disneyland and Disney World that we’re talking about in this film — dynamic scheduling, a euphemism for jerking them around so they can’t get a second job and they never make 40 hours a week and they don’t qualify for health care. Taking a department of 250, shaving it to 200 and expecting them all to do the same work in the same amount of time. There are a thousand ways they’ve been cutting costs, and much of it came from Bob Chapek and under his command. So I don’t really have very optimistic expectations. If anything, it’ll probably get worse.”

Abigail shared that she had tried to communication with the Walt Disney Company, including former Disney CEO Bob Iger.

“I talk about the two emails I wrote [former Disney CEO] Bob Iger in the film. And after my second email, it was silence, and it’s been silence ever since. We did, at the recommendation of our attorney, reach out to them toward the very end when we were wrapping up the film for comments. And so we got a full page of comments about why everything is fine and we shouldn’t be bothering them. There was a personal relationship there. I guess I stepped off too far. There’s a chill, a definite chill.”

She also shared in the interview that the Disney family was split in many of the fights that she has had against the company. Her father was businessman Roy O. Disney.

“I have a couple of very, very, very supportive siblings. And then I have cousins and more distant folks that are not happy with me. Those are the things that keep me up at night, and I feel badly about them, but then I check back in with my moral center and say, “Will this matter and make a difference?” Yes, it will. “Am I right about this?” Yes, I absolutely am. And then I just have to keep going.”

Do you agree with Abigail Disney? Let us know below!