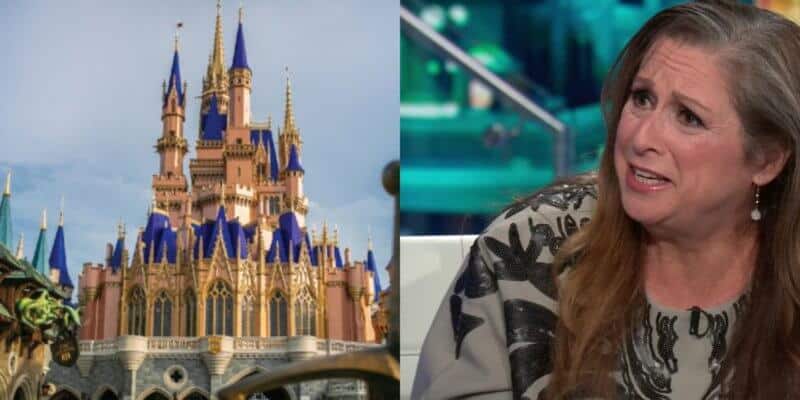 Someone predicted the massive Disney lay off that is still rippling through the Walt Disney World Company, and her name ends in Disney. Abigail Disney, grand-daughter of Roy O. Disney, predicted these cuts back in July when Disney announced furloughing Cast Members.  It is no secret that Abigail Disney does not get along with any of the Disney C-Suite Executives, including Bob Chapek and Bob Iger, but her prediction seems to have come true perfectly.

“Disney furloughed its workers because they intend to lay many of them off, but they didn’t want the bad publicity that would come with layoffs, so they chose to take the heat of two medium-sized PR hits, instead of one great big one,” Abigail Disney wrote in an extensive Twitter thread. “Wait for it. Layoffs are coming. I don’t expect Disney to pay people who don’t work for them, nor do I expect them to employ people in excess of what they can afford.”

That medium-sized PR hit happened yesterday, just as Abigail predicted. After Abigail realized Iger only sacrificed 3.3% of his total realized salary in 2019, she immediately went to war with the company. Now with the proof in her hands, Abigail is back with fighting words.

What did I tell you? The layoffs were always coming. Today Disney chose to layoff nearly 30% of their workforce on the same day as the first presidential debate. Hoping, I am sure, to have the news of this drowned out by the news of that.

If Disney had spent more time in Gov Newsom’s office arguing for an extension of unemployment benefits and more rent subsidies instead of opening the parks prematurely and in a way that would risk their employees’ health, I ‘d be a lot more comfortable with the loyalty to which they lay claim

If Disney had not spent down every penny of its cash on share buy-backs in 2019 (11.5 billion worth) perhaps there’d have been some dough on hand to ensure that even at a partial level they could continue to keep some of these workers on until things return to normal

What did I tell you? The layoffs were always coming. Today Disney chose to layoff nearly 30% of their workforce on the same day as the first presidential debate. Hoping, I am sure, to have the news of this drowned out by the news of that. 1/

Abigail pointed out the timing of the lay off announcement being coupled up with a bigger headline, the Presidential Debate to help drown the negative PR that would come alongside laying off 28,000 Cast Members. Another interesting note she made was regarding Governor Newsom. If you have been following ITM’s reporting on the reopening of Disneyland, you know that Governor Newsom is the main thing stopping DLR from opening back up. Disneyland Resort President Ken Potrock has even offered to assist Newsom in creating the theme park reopening guidelines so that Disneyland and Disney California Resort can reopen safely. Abigail’s point was that Disney should have used that time to fight for an extension of unemployment benefits and more rent subsidies. Abigail does not work for the Walt Disney Company but is a shareholder.

In the end, the park closures and the pandemic’s effects have lead the massive layoff at Disney and the result is very sad with many Cast Members losing their job.

Do you agree with Abigail Disney? Let us know below!