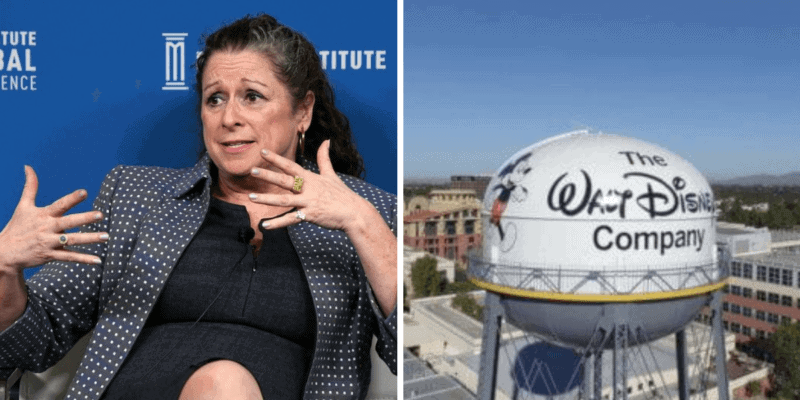 Walt Disney’s Great-Niece, Abigail Disney, has once again spoken out against the C-Level Members of The Walt Disney Company, warning its employees “layoffs are coming.”

But is her warning backed with evidence, or is it merely from her continued dispute with Bob Iger, Bob Chapek, and the rest of Disney’s C-Suite Executives?

“Disney furloughed its workers because they intend to lay many of them off, but they didn’t want the bad publicity that would come with layoffs, so they chose to take the heat of two medium-sized PR hits, instead of one great big one,” Abigail Disney wrote in an extensive Twitter thread. “Wait for it. Layoffs are coming. I don’t expect Disney to pay people who don’t work for them, nor do I expect them to employ people in excess of what they can afford.”

The Disney Heiress also claimed, “the last two decades prioritizing ‘efficiency and productivity’ in the form of smaller staffs doing the same amount of work.” And that “when they furloughed workers who were already living close to the bone, they shifted the moral burden of caring enough about those who mutually create profits with them onto the state and therefore the taxpayers.”

Her outrage comes after The New York Times reported on a survey of 3,000 companies which showed that the pay cuts C-Suite execs were taking only amounted to a minor fraction of their overall pay.

At this point, it should be mentioned that while she is the granddaughter of Roy O. Disney (Walt’s brother and co-founder of The Walt Disney Company), Abigail Disney has no power or position in the company, particularly when it comes to the layoffs she is predicting. She is a filmmaker and philanthropist that has the Disney name and her inherited holdings in the company, which she has admitted makes her very wealthy herself.

Abigail also has a history of calling Disney out for the dissonance in its apparent treatment of its C-Suite Executives compared to its bottom line workers. But her credit in reporting on those work relations has also been put into question after both the Disneyland Resort and the Walt Disney World Resort were forced to rebuke her claims of poor work conditions, denouncing them as “baseless.”

Disney company executives were also affected during the closures and furloughs. We at Inside the Magic reported that Disney’s C-suite execs took massive pay cuts. Executive Chairman Bob Iger decided to forgo his entire salary for the rest of the year and Disney’s CEO Bob Chapek reduced his pay by 50%.

According to The New York Times’ article, which sparked Abigail’s rage, Iger’s $2.25 million in forgone pay–his Disney salary from April to the end of the year–only amounts to 3.3 percent of the “total realized compensation” he received in 2019.

The Walt Disney Company has also shown great eagerness to get its employees off furloughs by getting them back to work. Since the end of May, the company has attempted to progressively reopen all of its theme parks and get its studio projects back into production.

Now, it is possible layoffs could be on the way for Disney employees, especially as Walt Disney World continues to delay the reopening of several resort hotels and the Disneyland Resort remains closed. However, whether or not Disney always intended to lay off its employees is a much more difficult claim to prove. So far, nothing has been announced or confirmed.