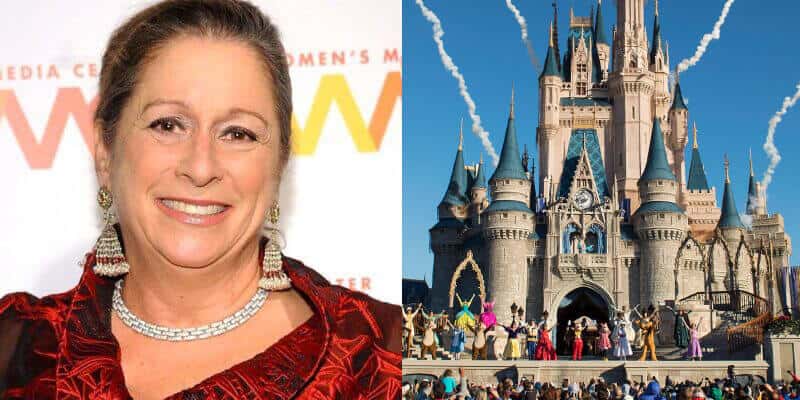 In a new interview with CNBC, Abigail Disney, granddaughter of Walt Disney Company co-founder Roy O. Disney, told the news outlet she does not understand why Walt Disney World is reopening its theme parks in Florida.

“I’m confused about how they think they can possibly protect their guests and their employees as state coronavirus cases soar,” Disney said on “Squawk Box.”

“I’m not looking at the same information they’re looking at, but given what I do know … I’m confused about how they think they can possibly protect their guests and their employees,” the heiress continued.

Abigail went on to state that the reopening of the parks near Orlando puts employees in a difficult position. “I certainly know people who work there who are very uncomfortable, who have conditions like asthma and diabetes that put you at high risk, who are literally deciding whether they want to go back to work or buy food,” said Disney.

When asked if the heiress had shared her concerns for Cast Members to leadership at Walt Disney World, she replied: “The lines of communication are not robust.”

Walt Disney World just recently reopened their four theme parks as part of its phased reopening which began with Magic Kingdom and Disney’s Animal Kingdom last week. These parks were followed by Disney’s Hollywood Studios and EPCOT on July 15.

The Walt Disney World parks’ reopening comes over a month and a half after the reopening of the Universal Orlando theme parks, which have been open since June 5. Unlike the Disney World parks, Universal Orlando allows its guests to hop between parks in the same day while Disney’s new reservation system only permits guests the ability to visit one park in a single day.

What are your thoughts on Abigail Disney’s opinions on Walt Disney World reopening amid the current pandemic? Let us know in the comments!