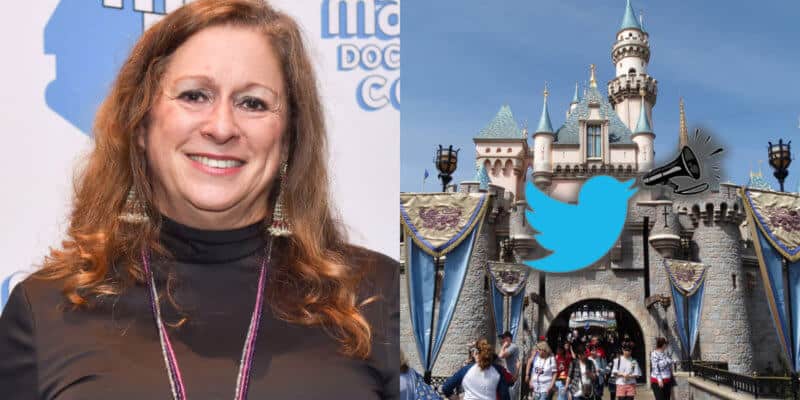 Abigail Disney, who’s spoken her opinions publicly about the Walt Disney Company in the past, recently shared more harsh feelings. Specifically, following the news of the company’s executive bonuses and dividends of more than $1.5 billion while the company has furloughed more than 100,000 of its workers.

In a tweet on Abigail’s personal Twitter account, she writes: “OK, I’ve been holding my tongue on the theory that a pandemic is no time to be calling people out on anything other than failing us in a public health sense. I thought it might be a moment for peace and reconciliation. But I feel a thread coming on…1/”

WHAT THE ACTUAL F***????? Look, dividends aren't ALL bad, given the number of fixed income folks who rely on them. But still 80% of shares are owned by the wealthiest 10%. So that excuse only goes so far. But the REAL outrage is, of course, those bonuses…2/

This post begins a 25-part series of tweets discussing her dismay toward the company amid the recent pandemic, which has caused significant changes to the conglomerate. Some of which, including the temporary closure of all of its major theme parks and resort hotels around the world and indefinite halts on the company’s movie and TV productions–all in addition to much more.

In Abigail’s Twitter rant, she writes how the $1.5 billion in bonuses and dividends could pay for three months’ salary to front line workers. But instead, Abigail says it’s “going to people who have already been collecting egregious bonuses for years.”

Abigail then goes on to source the Financial Times in her tweet thread, which she quotes saying, “Disney protected incentive schemes, which account for most of the executives’ remuneration. Mr Iger earned $65.6m in 2018 and $47m last year, the latest package is more than 900 times that of the median Disney worker’s earnings, which stands at about $52,000.”

She continues the thread by making mention to Bob Chapek, the current CEO of the Walt Disney Company, who she shares could potentially earn an annual bonus of not less than 300 percent of salary, in addition to a long-term incentive award of “not less than $15 million.”

Toward the end of her series of Tweets, Abigail makes mention to the fact that she does not have a role in the company. However, her concerns come as “a citizen who cares,” not only for company employees but the name Disney.

It is worth noting that Disney may have furloughed its employees during the current crisis. However, during this time employees will continue to receive full health-care benefits, with Disney paying the cost of employee and company premiums. Disney employees are also able to continue with Disney Aspire education programs, the company’s program which pays towards Cast Member’s tuition at Universities and other educational institutions.

What are your thoughts on Abigail Disney’s tweets against Disney? Let us know in the comments!