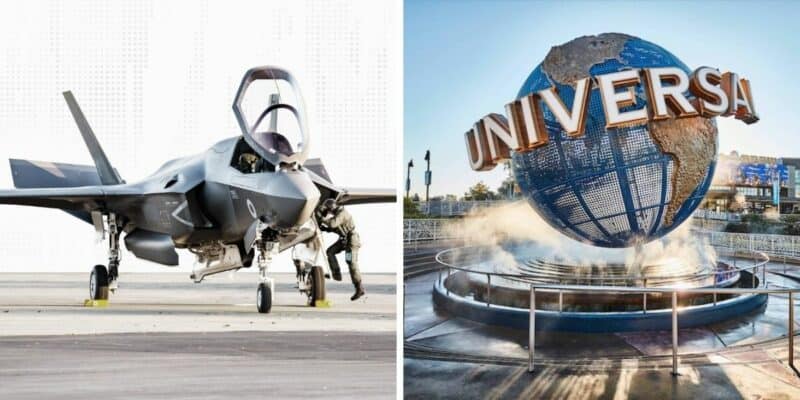 What do the U.S. Military and Universal Studios have in common?

A missiles manufacturing company, apparently. It’s been more than two years since Universal Orlando officially announced that it would be building a new theme park resort on more than 750 acres of land.

The COVID-19 pandemic put a temporary pause on the construction of the new theme park, but now it looks like we have more great news relating to Epic Universe!

Epic Universe will be the largest Universal Park in the United States and is rumored to be featuring attractions from DreamWorks Animation, Illumination (think Despicable Me (2010) starring Steve Carell and the famous Minions), and Super Nintendo.

Epic Universe will be the third theme park at the Universal Orlando Resort, joining Universal Studios Florida and Universal’s Islands of Adventure, and will include Resorts and its own shopping and dining center – much like CityWalk.

Located behind ICON park on International Drive in Orlando, Epic Universe will be a short drive from the other Universal theme parks, and will be the very first Universal Park to use the traditional wheel-and-spoke design with a central hub that was popularized by Disneyland back in 1955.

According to the Orlando Business Journal, Lockheed Martin Corp. sold off an area of its property at its Sand Lake Road campus to Universal Orlando Resort, supposedly tied to a road construction project.

The aerospace company, based in Bethesda, Maryland, has made two separate sales on December 2 to Universal City Development Partners Limited for properties that were 7.66 acres and 5.25 acres, according to Orange County property records.

The Orange County documents show that both portions of land are right-of-way for the 1.7-mile Kirkman Road extension, which will pass both the Lockheed Martin Missiles and Fire Control campus and Universal’s proposed Epic Universe theme park that is currently under construction.

Lockheed’s smaller property sold for $1.2 million, while the bigger segment sold for $1.76 million. Representatives from Lockheed and Universal were not immediately available for comment.

Construction, which officials have said could cost upwards of $300 million, is a joint effort between Orange County, Universal Orlando Resort and the Florida Department of Transportation, which is handling the northern portion of the project that includes an interchange with Interstate 4. Road work began on the extension in August 2021 and is expected to be completed in spring 2025.

The extension of Kirkman Road will have eight total lanes including two dedicated “transit” lanes, along with additional improvements for pedestrians and bicycles.

A construction timeline and opening date for Universal’s new Epic Universe theme park have yet to be publicly revealed, but Mayor Jerry Demings seemed to confirm 2025 was the planned deadline for the new Park.

Universal has also not given any clues to what lands will make up the theme park, but we do know that Super Nintendo World has been confirmed alongside the inclusion of many DreamWorks IPs.

We recently reported on new permits being recently filed by Universal Orlando related to the Epic Universe theme park. Project 905 saw some permit traction, which is believed to be the Wizarding World Land based on the Harry Potter franchise.

Universal Orlando also filed permits for a “Transient Parking Garage” and “Hotel/Motel/Timeshare,” which are believed to be the new Resort and parking garage that will be located at the back of Epic Universe.

You can read the original announcement from Universal Orlando about Epic Universe below:

Epic. It’s a word that gets tossed around a lot in today’s day and age, though not one we use loosely. When we label something as epic, we want that experience to live up to the promise that the word makes. Which is why today we are elated to announce the addition of our fourth theme park, Universal’s Epic Universe, an experience genuinely worthy of its bold moniker.

Universal’s Epic Universe will offer an entirely new level of experiences that will forever redefine theme park entertainment. Guests will venture beyond their wildest imagination, traveling into beloved stories and through vibrant lands on adventures where the journey is as astounding as the destination. The new location will feature a theme park, an entertainment center, hotels, shops, restaurants and more. Ultimately, this expansion will create more space and freedom to let loose and create lasting memories with the people you love.

Keep up to date with Inside the Magic on future details related to Universal’s new Epic Universe theme park.

What rides and attractions do you think will be at Epic Universe? Let us know!