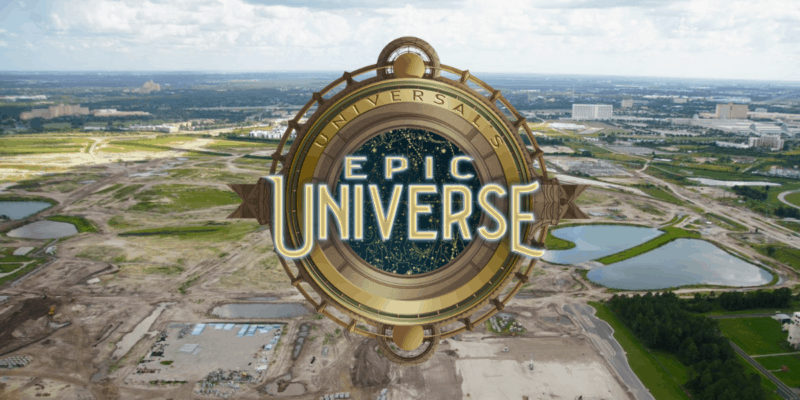 Universal is hard at work on its brand new theme park, Epic Universe. After construction came to a halt due to the pandemic, work has resumed on the site planned for Epic Universe. Here is what it looks like as of August 20, 2021.

Universal Orlando Resort is home to two theme parks and a water park. Universal Studios Florida, Islands of Adventure, and Volcano Bay. With demand being high for Universal theme parks, Universal is bringing a brand new park to its Central Florida Resort.

Epic Universe will be home to the Orlando version of Super Nintendo World, which Universal has said will be the cornerstone of all of its theme parks. There is no completion date set for Epic Universe yet but from the photos below you will see that we are a few years away from this new theme park being finished.

Thanks to photos from @bioreconstruct on Twitter, you can see that prep work is continuing to move forward at what will be Epic Universe:

While things appear to be moving slowly, it won’t be long before we see buildings and attractions begin to take shape. Epic Universe will be finished before we know it, so stay tuned to Inside the Magic for the latest Epic Universe updates.

Universal is also hard at work not only on Epic Universe but also their affordable housing project that was announced alongside the new theme park.

Are you excited about Epic Universe? Let us know in the comments!