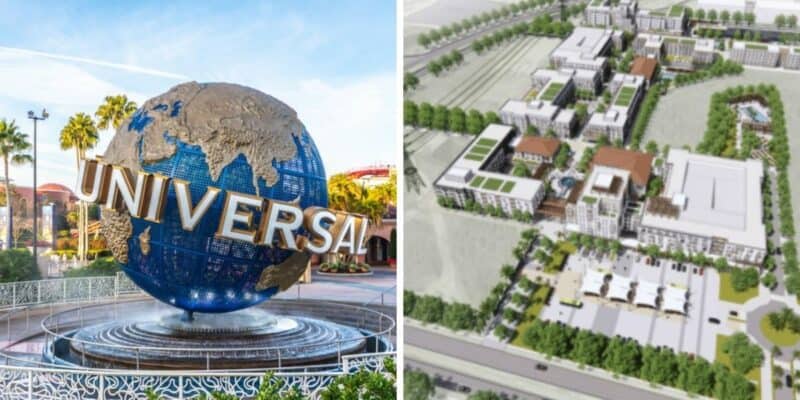 Now, details for the affordable housing complex have been finalized and it is likely that construction will get underway in the near future.

The new non-profit project from Universal is aptly named “Universal’s Housing for Tomorrow”. Universal donated the land being used for affordable housing and is remaining active in the project.

According to a new report from the Orlando Business Journal plans for when this project will begin construction are being finalized. OBJ confirmed that a construction team had been finalized and that work is set to begin in late 2022. It is possible that the affordable housing could open in 2024 or 2025, although Universal has not set a specific date on when they estimate the project will be completed.

The Orlando Business Journal reported from their own sources the teams that will be coming together to help make this project a reality:

Previously, we reported that Wendover Housing was chosen as the developer for this project. That was only after a heated bidding war between many other possible developers. With the amount of work and details going into this affordable housing offering, it is clear that Universal is taking its role in the project very seriously.

Here is what Universal has to say about “Universal’s Housing for Tomorrow”:

Affordable housing is one of our community’s most significant challenges – and Universal Parks & Resorts is working to be part of the solution.

We have long believed in giving back to the community that has supported us and where our team members live and raise their families. And now, we have created a first-of-its kind approach to helping our community provide more affordable housing for those who need it. Universal Parks & Resorts has pledged 20 acres of land to be used exclusively for an affordable housing community that will feature approximately 1,000 high-quality apartments.

Universal’s Housing for Tomorrow initiative will provide economically diverse housing options as part of our commitment to healthy communities. Our initiative addresses the primary focus areas identified by our county leadership and will help provide innovative solutions that move our community forward – for everyone.

Both Disney and Universal will offer affordable housing to their employees. While Disney has built brand a brand new housing complex for Disney College Program Participants. However, they opened that complex up for full-time Cast Members who needed a more affordable place to stay amid the pandemic. Universal has said that this new housing complex will be available for the community as well as its Team Members.

This housing project from Universal comes ahead of the planned Epic Universe theme park. You can read more about Epic Universe here.

Let us know what you think of this new housing project in the comments below!