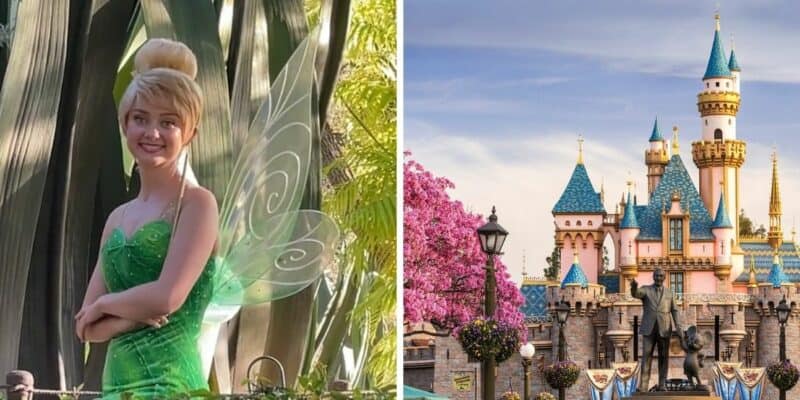 As Disney Resorts across the globe continue their phased reopenings after the pandemic, Disney Guests have been able to still see characters around the theme parks in cavalcades, nighttime shows, and Park sightings.

And now on social media, Disney fans get to see these characters come to life on their screens, with a recent video from Disneyland Resort in California showing off some new skills from a fan-favorite character.

The original Disney theme park, Disneyland Resort in Anaheim, opened back in 1955 and features both Disneyland Park and Disney’s California Adventure.

From Rise of the Resistance at Star Wars: Galaxy’s Edge, to the brand-new WEB SLINGERS: A Spider-Man Adventure attraction at Avengers Campus, to the classic Haunted Mansion, Disneyland has magic for every Guest to experience – including meeting characters around the Parks.

As the Walt Disney World Resort over in Florida continues to celebrate its 50th anniversary and reopen experiences and attractions after the pandemic, Disney Guests can now meet Mickey Mouse in Magic Kingdom, albeit in a modified way.

In Disneyland, Tinker Bell is greeting Guests and causing mischief post-pandemic from a distance at Pixie Hollow in Disneyland Park. Guests can still interact with her and take photos, and apparently get their very own comedy show from the Peter Pan favorite.

While these “sightings” don’t necessarily capture the same Disney magic a pre-pandemic meeting did, it shows that the Walt Disney World Resort and Disneyland Resort are managing the health and safety of both Guests and Cast Members in this unprecedented period.

The classic Disney character has become one of the faces of the Walt Disney Company ever since her appearance in Peter Pan (1953) based on J.M. Barrie’s story, and is famous for flying from Cinderella Castle during Disney’s new Enchantment show in Magic Kingdom in Florida.

It seems the sassy fairy is now turning to comedy at Disneyland, bringing jokes and pixie humor to Guests from a distance.

TikTok user mandalodien posted a fun video this week of her interaction with Tinker Bell at Disneyland:

The video shows Tinker Bell telling the Disneyland Guest a joke, asking “Why did the man fall down the well?”. The Guest replies “Why?” and Tink responds “He couldn’t see that well. And he just, whoop, tumbled in.”

The official description of the attraction reads:

You’ll have to “shrink” down to the size of a pixie for this enchanting encounter. When you reach the heart of their wee world, you’ll be greeted by Tinker Bell herself—and sometimes a fairy friend, too!

Don’t forget a camera―pixies just love to have their picture taken.

From Peter Pan to Pixie Hollow, Tinker Bell is the feisty fairy we all believe in—with faith, trust and pixie dust.

Have you ever experienced some jokes or comedy from a character in the Disney Parks? Let us know in the comments.