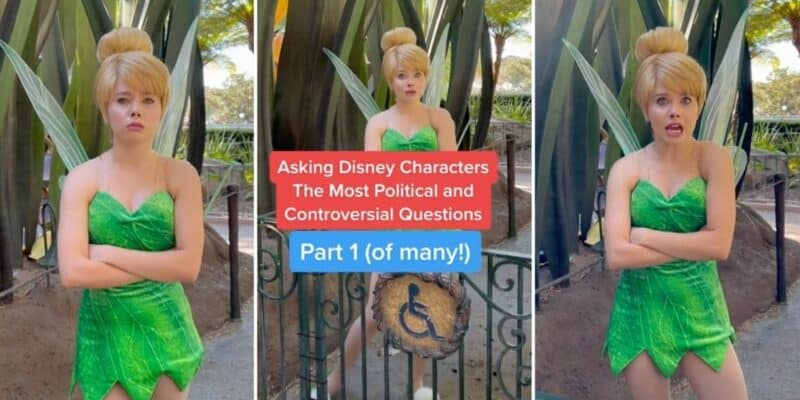 The Happiest Place on Earth brings Disney magic to all Guests visiting Disneyland Park or Disney California Adventure Park. Now, thanks to social media, some of the fun of a Disney Park visit can make its way all over the world.

Disney’s Anaheim theme park Resort takes Guests to the galaxy far, far away with Star Wars: Galaxy’s Edge, to Radiator Springs in Cars Land, and to the brand-new Avengers Campus with the immersive WEB SLINGERS: A Spider-Man Adventure attraction, among so much more. Another component of a Disney Park visit is the characters, and not just Mickey Mouse.

In a pre-pandemic world, Disney character meet and greets were a staple part of a theme park visit. Even though these interactions are coming back slowly for some Disney Parks, and slightly modified, Guests can still engage with their favorite friends in some capacity. In fact, Guests can even meet Zombie Captain America from Marvel’s What If…? at Disney California Adventure’s Avengers Campus during the Oogie Boogie Bash Halloween event.

But, zombies aside, one classic Disney character, who is perhaps best known for flying from Cinderella Castle in Magic Kingdom at Walt Disney World in Florida can be greeted at Pixie Hollow in Disneyland Park at the Disney Resort — Peter Pan’s sidekick, Tinker Bell. J. M. Barrie’s character has become one of Disney’s most popular mascots ever since her appearance in Peter Pan (1953).

While she’s not soaring above the Magic Kingdom during Disney Enchantment at the Florida theme park, Guests visiting Fantasyland at Disneyland Resort on the other coast can actually meet Tinker Bell at Pixie Hollow. One Guest’s interaction with the Neverland icon while on their Disneyland vacation has recently gone viral, netting over 1.5 million views in just over a day. Let’s check it out!

Keith Lapinig shared their video to TikTok — hit play to see the action!

Get ready for some controversial fun! This is just the beginning.

The video sees Tinker Bell being approached by a Guest at Pixie Hollow and asked a “controversial” question. At first, hoping it’s not a math question, the Guest proceeds to ask the biggest deal-breaker question of all: pineapples on pizza? Tinker Bell claims she’s never eaten pizza but is partial to some candy floss. However, by the end, Tink says pineapple on bread is a YES. Maybe the next time Disneyland ticket holders visit Pixie Hollow, Tink will have tried the polarizing dish.

Social media has allowed Disney fans from all across the world to witness some magical interactions between characters and Guests. Recently, one Guest at the Walt Disney World Resort had Cinderella’s Wicked Stepsisters, Anastasia and Drizella, try on some new shoes to hilarious results. And then there’s Gaston, who completely roasted a Disney Guest earlier this year.

One thing is for sure, Disney Park characters certainly are straight from the reel of their films.

You’ll have to “shrink” down to the size of a pixie for this enchanting encounter. When you reach the heart of their wee world, you’ll be greeted by Tinker Bell herself—and sometimes a fairy friend, too!

Don’t forget a camera―pixies just love to have their picture taken.

From Peter Pan to Pixie Hollow, Tinker Bell is the feisty fairy we all believe in—with faith, trust and pixie dust.

Have you ever asked a Disney character a “controversial” or “political” question? Let us know in the comments below!