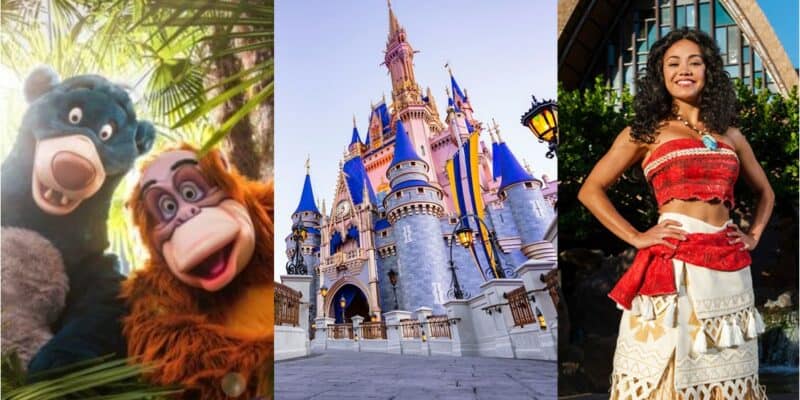 D23 is in full swing and Disney is announcing multiple entertainment experiences are making a return to the Disney Parks! At Walt Disney World Resort we’re seeing Disney fan-favorites make a comeback including Disney’s Hollywood Studios Fantasmic! and Disney’s Animal Kingdom new Finding Nemo musical. Special Magic Kingdom entertainment is returning as well, along with a NEW cavalcade thrown into the mix!

RELATED: Disney World Has Changed the Name of Character Meet and Greet

We previously shared the news that the beloved Magic Kingdom Festival of Fantasy Parade is FINALLY returning! Plus, we will also soon see Mickey’s Magical Friendship Faire take center stage in front of Cinderella Castle. But, it looks like character cavalcades are also here to stay. Disney has now announced a new cavalcade that will feature the most characters any cavalcade has offered to date! Introducing the “Disney Adventure Friends Cavalcade”…

Since we reopened our parks last year, we’ve been presenting favorite Disney characters in new ways, such as the cavalcades that travel the parade route at Magic Kingdom Park. These cavalcades have been very popular and will continue to be part of the park entertainment experience into the future. Mickey’s Celebration Cavalcade debuted Oct. 1 as part of the 50th anniversary, and later this winter, we’ll introduce a new cavalcade, the Disney Adventure Friends Cavalcade, with an exciting lineup of characters all embarking on a great journey through the park. The Disney Adventure Friends Cavalcade will feature the most characters of any cavalcade to date, including Nick and Judy from “Zootopia,” Baloo and King Louie from “The Jungle Book,” José Carioca and Panchito from “The Three Caballeros,” Miguel from “Coco,” plus Merida, Moana, The Incredibles, and so many more!

That’s an incredible lineup of characters! We especially like that several of them are unique Disney characters. At the moment, Disney has yet to reveal an artist rendering of the cavalcade or an official start date outside of “this winter.”

Which character from the new “Disney Adventure Friends Cavalcade” are you most looking forward to seeing?