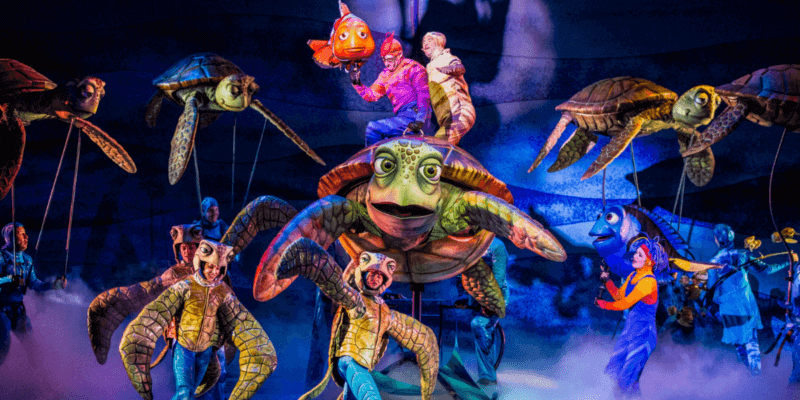 Get ready to welcome back Nemo and friends from the big blue world! When Walt Disney World Resort reopened after the COVID-19 closures, live entertainment was placed on the backburner. We’ve seen the return of favorites like “For the First Time in Forever: A Frozen Sing-Along Celebration” at Disney’s Hollywood Studios and “A Celebration of Festival of the Lion King” at Disney’s Animal Kingdom. But, the massive building at Disney’s Animal Kingdom that once held Finding Nemo: The Musical has remained quiet. That is all about to change!

RELATED: Disney Warns Guests That Disney KiteTails Will Crash, And That It’s “All Part of the Fun”

We previously shared the news that a newly reimagined ‘Finding Nemo’ musical would be coming to Disney’s Animal Kingdom. A permit for construction on the show’s theater was filed showing work is in progress. Today, during the Destination D23 event, Disney announced the news that Finding Nemo is making a return with a new name and updated show!

YES! We can’t wait to welcome the show back to Disney’s Animal Kingdom with new story material! Outside of the “2022” time frame, no opening date has been announced for the stage performance just yet.

Are you looking forward to a new Finding Nemo performance or do you wish they would keep the original?