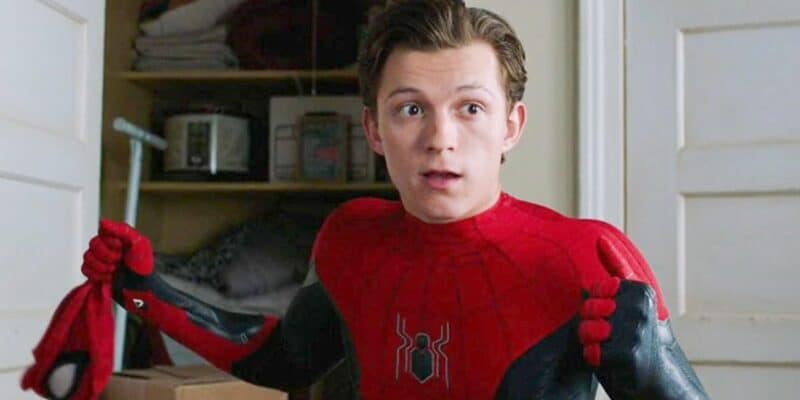 One of the most unrelenting rumors is that former “Spider-Men” Andrew Garfield and Tobey Maguire will be making their simultaneous Marvel Cinematic Universe debut in the upcoming film. Although this has been vehemently denied by leading man Tom Holland (Peter Parker/Spider-Man) and Garfield, in particular, the reports persist.

Now, it seems that some movie theaters are doing their part to perpetuate this rumor by using fan-made posters — some of which feature Garfield and Maguire — to promote the newest Marvel movie.

Per one report about the situation:

The CMX Cinemas chain of theaters has Tom Holland’s MCU Spider-Man in the center with Garfield’s hero on the left and Maguire’s on the right.

As you can see in the screenshot [above], the fake digital poster is still live on the CMX Cinemas website as of the time of publication.

Another movie theater chain, Inox Cinemas, seems to have altered the official No Way Home poster by adding Garfield and Maguire’s versions of Spidey alongside Holland’s.

At this time, Sony Pictures and Kevin Feige’s Marvel Studios have neither officially commented on theaters using digitally altered images to promote Spider-Man: No Way Home.

What do you think about theaters using altered promotional ads to hype No Way Home?

Comments Off on Theaters Are Using Fake Posters to Promote ‘Spider-Man: No Way Home’