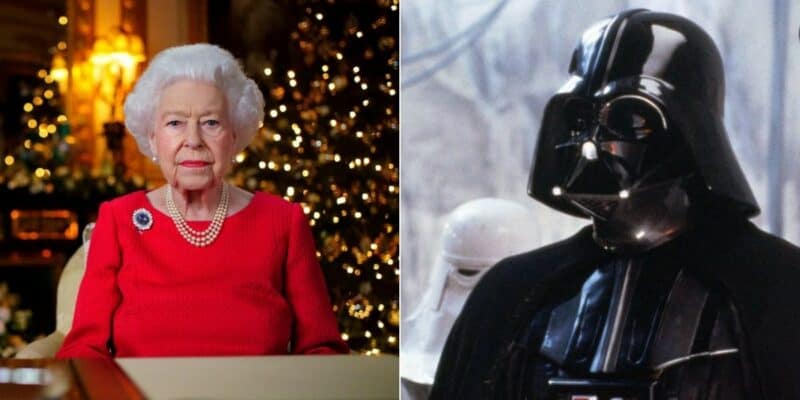 The British Royal Family has some of the world’s best security. There is very little that can infiltrate the walls of Buckingham Palace or any other Royal residence, including Sandringham, where Queen Elizabeth traditionally spends the Christmas holiday.

This year, Christmas was disrupted for the security at one Royal residence — Windsor Castle — when a young would-be assassin broke in, threatening to kill the 95-year-old monarch. Per one article about the bizarre situation:

The intruder who broke into Windsor Castle on Christmas morning reportedly brandished a crossbow, threatened to “assassinate the Queen” and professed to be a “Sith” — a member of the Dark Side in “Star Wars.”…

…“I’m sorry. I’m sorry for what I’ve done and what I will do. I will attempt to assassinate Elizabeth, queen of the royal family,” the hooded young man says [in a video] in a distorted voice while holding the black weapon.

The young man, Jaswant Singh Chail, age 19, seemingly channeled Marvel hero Hawkeye/Clint Barton instead of the Dark Lord of the Sith with his weapon choice — no lightsabers in this strange Star Wars story. In the chilling video, Chail went on to say:

“This is revenge for those who have died in the 1919 Jallianwala Bagh massacre [in which British troops killed over 300 Indian protestors on April 19, 1919].”

“It is also revenge for those who have been killed, humiliated and discriminated on because of their race.

“I’m an Indian Sikh, a Sith. My name was Jaswant Singh Chail, my name is Darth Jones.”

The aforementioned report noted that Queen Elizabeth had opted to stay at Windsor Palace for Christmas this year and that “He [Chail] apparently used a rope ladder to scale a metal fence to enter the gardens at the residence…Prince Charles and his wife, Camilla, and Prince Edward and his wife, Sophie, were also at the castle, about an hour’s drive outside London.”

Seemingly, the suspect was apprehended promptly and it was reported that he did not actually breach any buildings:

Thames Valley Police Superintendent Rebecca Mears [said that] an investigation into the incident is ongoing.

“The man has been arrested on suspicion of breach or trespass of a protected site and possession of an offensive weapon,” Mears said. “He remains in custody at this time. We can confirm security processes were triggered within moments of the man entering the grounds, and he did not enter any buildings.”

For those who may be unfamiliar with the Sith religion in the Star Wars universe, the official Star Wars Databank features the following description:

An ancient order of Force-wielders devoted to the dark side, the Sith practice hate, deception, and greed. Notable for their red-bladed lightsabers, black dress, and use of their aggressive feelings, the Sith look to amass power at all costs. The evil Darth Sidious [Emperor Palpatine], along with his apprentice Darth Vader, achieved the Sith goal of galactic conquest after a millennia of plotting.

What do you think about this wild-but-true story?