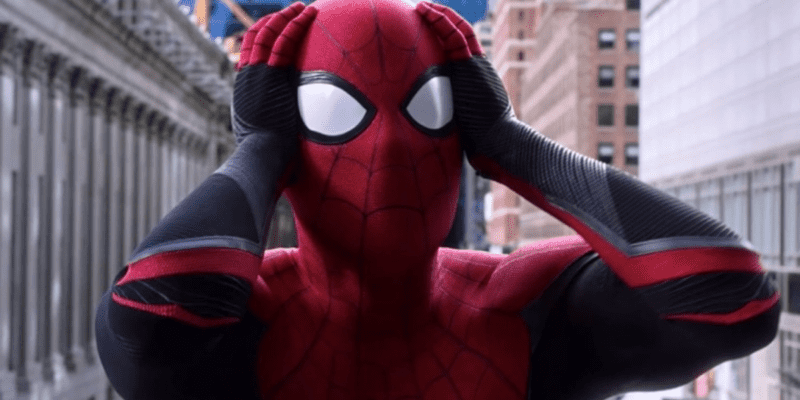 This article contains NO spoilers regarding Spider-Man: No Way Home.

After Spider-Man: No Way Home premiered yesterday evening for the first time, reviews are coming out, and spoilers are everywhere. It should be noted that the film has not yet been released to the general public yet; however, a press and media premiere was held for the film.

With Marvel films, among others, many tend to believe that viewers should keep their lips shut tight when it comes to spoilers for the first little while, and definitely before the movie is able to be viewed by the public. As of December 17, the film will be out for all to see, with U.K. audiences getting their viewing a little earlier on December 15.

That being said, reviews are officially out, and not everyone is happy with what is being said online when it comes to spoilers. Rotten Tomatoes already has over 30 reviews of 100%, but the biggest “spoiler” review to debut since yesterday’s showing was from Variety. The publication noted that there would be spoilers in the review at the top. However, it seems that many are still upset with their decision not to write a spoiler-free review before the film is available for viewing. Sony has even come out and asked viewers to not spoil the film for others yet.

On Twitter, BD (@BrandonDavisBD) made a public call-out to the publication announcing that they had once again spoiled a film before it was out. BD is referencing their Eternals (2021) review, which outed the post-credits scene in a very public way.

Wow @Variety’s review is full of spoilers. They’ve done it again! This is unbelievable. Will there be consequences? Of course not.

Steer clear if you don’t want spoilers. They really dive in and don’t care but they’ve fully done it again, in detail this time. Such bullshit.

Wow @Variety’s review is full of spoilers. They’ve done it again! This is unbelievable. Will there be consequences? Of course not.

Steer clear if you don’t want spoilers. They really dive in and don’t care but they’ve fully done it again, in detail this time. Such bullshit.

Personally, I am staying away from the review until I can see the film to avoid as many spoilers as I can, but as BD notes, the review is seemingly very detailed in what happens in the film.

The Tweet garnered a ton of traction, with over 4,000 people liking it. In the thread, we can see a very open discussion of people on both sides of the argument. While the majority are thanking BD for warning them, others are wondering why people are searching for reviews if they want the movie to be a surprise.

That being said, there are some users like Sacred (@Sacred_DASH) who have felt the need to delete the Variety app from their phone in fear that something will be posted.

From the Rotten Tomatoes score, we can see that so far, the movie is clearly being very well-received by critics.

If you want to avoid spoilers, we recommend keeping your eyes away from social media, and staying away from keywords like “Marvel” or “Spider-Man.”

Do you plan to see Spider-Man: No Way Home in theaters? What is your take on spoilers?