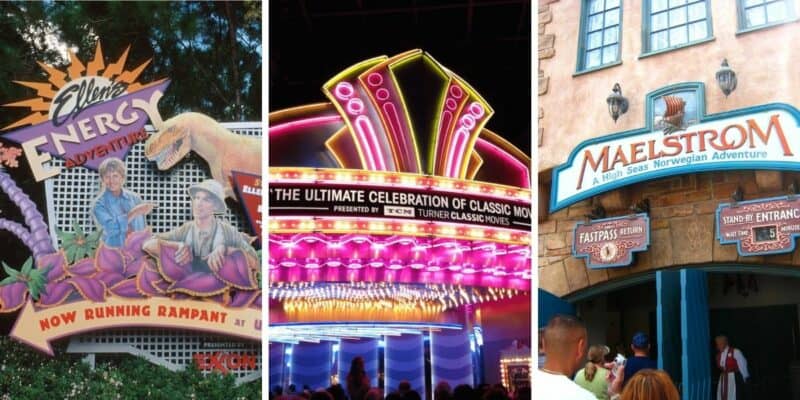 Captain EO, The Great Movie Ride, Maelstrom… the list of extinct Disney attractions goes on and on. Fans were devastated when some of these rides disappeared into Disney history, and many wish there was a way to bring some back.

The Great Movie Ride was a dark ride located at Disney’s Hollywood Studios at Walt Disney World. It was replaced with the current trackless ride, Mickey & Minnie’s Runaway Railway.

When The Great Movie Ride was still in existence, it brought Guests into the movies by using Audio-Animatronic figures, practical sets, live actors, special effects, and more.

It’s safe to say that Guests loved The Great Movie Ride as this was one of the top responses on our post. It is clear that fans still mourn the loss of this beloved attractions and they would love to see Disney somehow bring this attraction back to the theme parks.

It is unlikely Disney will bring back The Great Movie Ride as Mickey & Minnie’s Runaway Railway has already replaced it and has been one of the top attractions at Disney’s Hollywood Studios ever since.

In October 2014, Disney World fans had to say goodbye to Maelstrom, an attraction located within the Norway pavilion of EPCOT’s World Showcase, to make way for Frozen Ever After, which currently resides in the same building.

Maelstrom was an attraction that took Guests through the history of Norway as they passed by vikings, polar bears, and even trolls! It certainly was a fun and unique ride, especially for those Guests who were interested in mythology and fantasy.

It is clear that Guests really miss Maelstrom as this was another one of the top responses we received from our audience! We would love to see Disney bring back this attraction, but, unfortunately, this is very unlikely.

Besides The Great Movie Ride and Maelstrom, which both dominated the comments section of our post, others chimed in mentioning Captain EO, Horizons, Mr. Toad’s Wild Ride (at Disney World as it still resides in Disneyland), and Alien Encounters.

There have been so many great Disney attractions that are now extinct — we wish Disney would build an entire theme park filled with these extinct rides, don’t you?

Which extinct Disney Parks attraction would you like to see make a comeback? Let us know in the comments below.