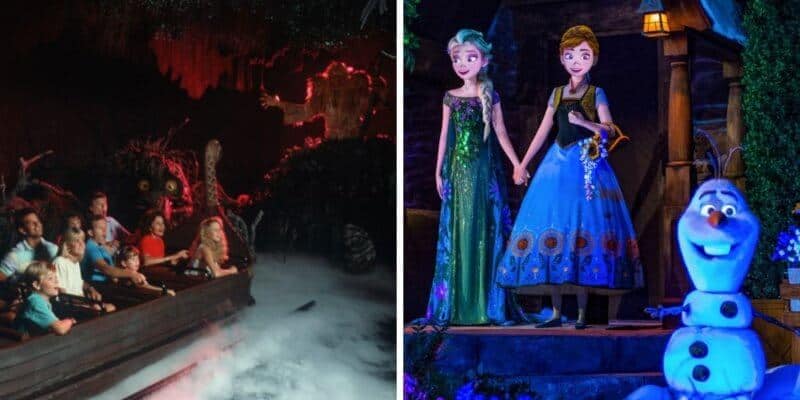 In October 2014, Disney World fans had to say goodbye to Maelstrom, an attraction located within the Norway pavilion of EPCOT’s World Showcase, to make way for Frozen Ever After, which currently resides in the same building.

But, did you know that when Frozen Ever After opened to the public, it also brought along a little piece of Maelstrom with it?

Maelstrom was an attraction that took Guests through the history of Norway as they passed by vikings, polar bears, and even trolls! It certainly was a fun and unique ride, especially for those Guests who were interested in mythology and fantasy.

There were also adorable little puffins incorporated within the attraction that Guests loved to see. Well, even though Maelstrom closed in 2014, the puffins still live on!

While aboard Frozen Ever After, if you look at the last scene, you will notice some adorable little puffins off to the side. These are the same exact puffins that were used on Maelstrom!

Matthew H. (@imagineer999) took to Twitter to share a photo of the Maelstrom puffins found on Frozen Ever After, writing:

It is so fun when Disney Imagineers bring a bit of the past into the future, and we are loving that Maelstrom lives on in Frozen Ever After. So, the next time you are aboard the boat on Frozen Ever After, be sure to look out for the adorable Maelstrom puffins for a bit of nostalgia!

Is Frozen Ever After one of your favorite rides? Did you know this fun fact about the Maelstrom puffins? Let us know in the comments below.