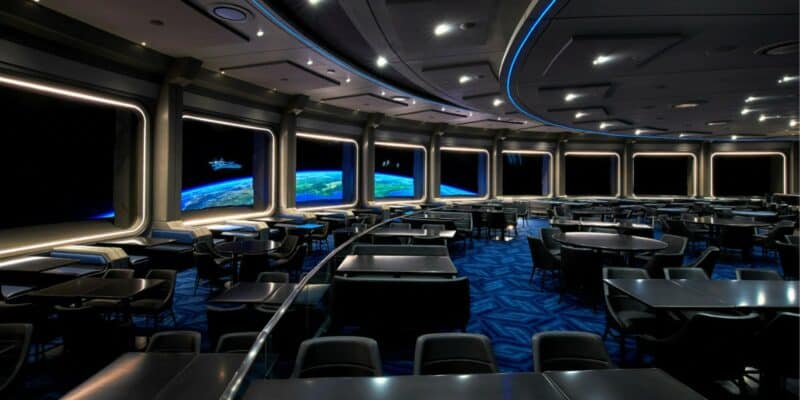 Even at the “Most Magical Place on Earth”, things don’t always go as planned. Whether a classic attraction like Splash Mountain suffers a malfunction or Guests are left stranded for hours at a time in The Wizarding World of Harry Potter, Guests can expect a few speed bumps in their vacation.

Disney World really tries to make the Guest experience as good as possible, but when it comes to food, is the Walt Disney World Resort dropping the ball?

A recent Reddit thread has gained traction on the official Walt Disney World sub-Reddit asking Guests what their worst food experiences have been while at the Parks.

See the full thread below:

What is the worst food you have ever had at Disney World?

What is the worst food you have ever had at Disney World? from WaltDisneyWorld

Related: Guest Has “Traumatizing” Experience As Disneyland Ride Breaks Down

The thread starts with the original poster talking about how “disappointing” and how their “day was ruined” because of a salad at the Backlot Express in Disney’s Hollywood Studios. User u/full07brittany shared their thoughts on a dish from EPCOT’s newest restaurant:

I think possibly the lemon dessert at Space 220. I literally spit it out. It was so terrible.

On the opposite note, my favorite thing I’ve ever eaten at Disney was the appitizer they used to have at 50s Prime Time Cafe. It was like a panko breaded creamy herb cheese, topped with a raspberry sauce and arugula, and with grapes, apples, and little toasts on the side. I still dream about it

I had the worst meal of my life, not just WDW, at coral reef on my honeymoon in 2014. After spending my whole life thinking that place would be so cool after seeing it on full house, I could not have been more disappointed.

Hollywood and Vine. It tasted like the food brought to a potluck by the admitted non cookers of the group.

User u/kazar30 responded with their experience using the room service options at one of Disney’s hotels:

Ordered one of those pizzas to our room once and it was raw.

User u/solomojb shared what was their worst dining experience ever while at Disney Springs:

Paradiso 37. Hands down the worst dining experience I have ever had a Disney. We sat down early as my family had tickets to do the virtual reality experience at Disney springs. (Side note: so worth the experience if it’s still there and you haven’t done it)

We ordered drinks, appetizers and entrees. The drinks took a long time to come out, the appetizers were cold, the food took so long to come out that had we waited we would’ve missed our reservation. (As I said we got there early and almost two hours into the meal we never got the food and had to leave) All we lost was time and a meal as we didn’t pay for anything (as we complained so much)

User u/AStrangerWCandy comments on another Disney Springs restaurant, comparing it to an infamous bar chain:

The Edison in Disney Springs. The interior is amazing looking but the food is just Hooters level with pretty cheap ingredients IMO

That being said, there are a ton of food options available at Disney, many of which are mouth-watering and delicious! Plus, everyone has different tastebuds, which can be very important when reading opinions! I like to dine at Disney Springs for good meals. Boathouse, Chef Artsmiths Homecomin’, The Polite Pig, and many more are among some of my favorite dining options.

What was the worst food you ever ate at Walt Disney World? Where’s you rfavorite place to eat? Let us know below!