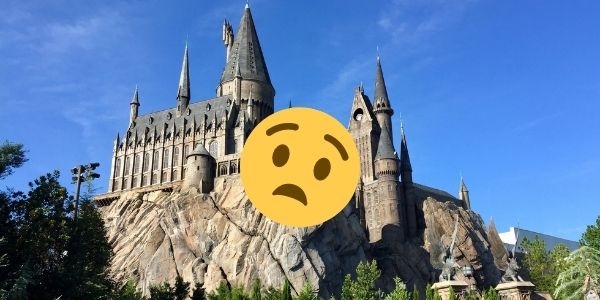 You might need more than your magic wand to help fix this.

The Wizarding World of Harry Potter at Universal Studios Hollywood and Universal Studios Florida both offer amazing and immersive experiences for Harry Potter fans of all ages. With incredible, attractions, restaurants and snacks, decor, and amazingly themed scenery, walking through Diagon Alley or having a bite at The Leaky Cauldron is a real treat. Due to the high-tech nature of the rides, however, they tend to break down sometimes, and recently, Guests had to evacuate off of one of the attractions.

Harry Potter and the Escape from Gringotts is a thrilling and exciting journey that takes Guests through the world of Harry Potter. However, this attraction becomes a lot less exciting when the ride stops, the lights turn on and Guests are forced to evacuate it, which is exactly what happened in a TikTok posted by hennierubyjane (@gowonnorhea). See the two full videos below:

Related: Lights Turn On During Disney’s Rise of the Resistance Breakdown

In the TikTok, Guests are seen stuck on a part of the ride, swinging back and forth for “20 minutes” while at The Wizarding World of Harry Potter. After an unknown amount of time waiting, Guests were finally approached by Universal Studios employees and were able to evacuate the ride. It is not known what caused the attraction to break down. More on Universal’s Harry Potter and the Escape from Gringotts:

Breaking in is Impossible. Breaking out is Harder.

Enter beneath a massive fire-breathing dragon and journey deep underground on this multi-dimensional thrill ride. As you navigate perilous subterranean vaults, you’ll encounter Harry, Ron, and Hermione. But you’ll have to evade the wrath of villains Voldemort™, Bellatrix, trolls and other creatures that stand between you and a safe return to Diagon Alley™

What do you think of this situation? What would you have done? Let us know in the comments below!