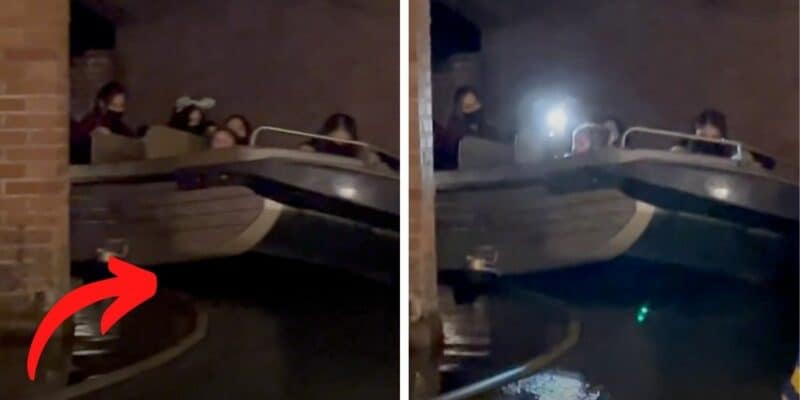 When Guests visit Disneyland Resort, they often do not expect that their ride vehicle will derail off its tracks. Typically, there is no reason that any Guest should anticipate this happening, but never say never.

At Disneyland Resort, Guests can enjoy both Disneyland Park and Disney California Adventure when they visit. With both Parks having so many attractions, it is easy for a mechanical issue to spark at any moment. Typically, when an attraction undergoes a need for maintenance, the ride in question will shut down for a short amount of time so that Disney can correct the issue. That being said, sometimes the ride breaks down whilst Guests are aboard, and the ride vehicle is unable to get to the exit landing, and an emergency evacuation must occur.

That is exactly was happened on one Pirates of the Caribbean boat ride experience at Disneyland Park. Much like Walt Disney World Resort’s version at Magic Kingdom, Pirates of the Caribbean at Disneyland runs on a track in the water. In a recent TikTok Magical Disney Day (@Magical_Disney_Day) shared a video of the boat very clearly off of its tracks, as the boat sat on an angle, above the track.

Boat came off the tracks on Pirates

Boat came off the tracks on Pirates #ohno

This seemed to have happened as the boat was turning a corner, and luckily, it seems that although off track, the boat was stable with the Guests still aboard. We cannot see what happened next due to the length of the video provided; however, the Guests were likely evacuated from the attraction.

Disneyland describes Pirates of the Caribbean as:

What do you think of this derailing adventure?