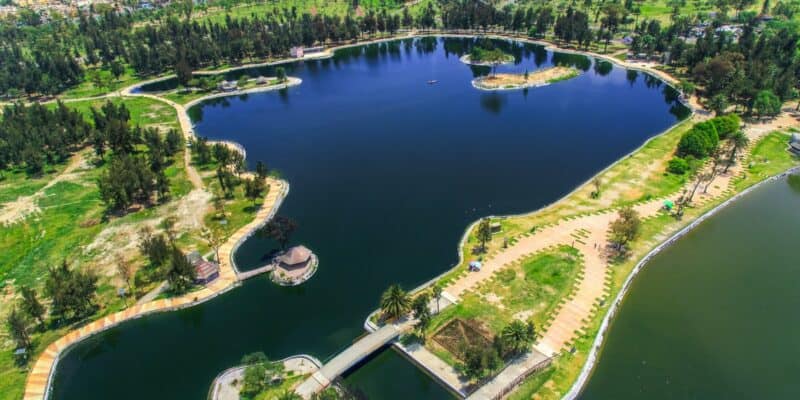 The incident was reported around noon on April 4, with emergency services immediately alerted. Injured visitors were quickly treated by paramedics at the Mexico City park and were later evaluated by city ambulance service personnel.

Three people were taken to a nearby hospital in stable condition, and one of them was discharged later that day. The rest of the injured were provided first aid at the site of the incident, as they were reported with minor injuries such as bruises and scratches.

Authorities arrived at the site and decided to reopen the area after hours of inspecting the area to determine the cause of the derailment. The train remained out of service for the rest of that day.

The 400-acre forest is one of the most important natural parks in Mexico City, housing cultural and recreational areas including a lake, a highly accessible playground, a skating rink, an outdoor theater, a projection theater, and a water park. This park receives 3.5 million visitors, including families, athletes, and even migration birds, and has been declared a valued environmental area by the city’s government.

Since 2015, the government has made efforts to improve and refurbish this park, including the construction of a skatepark, a refurbishment of the different eating areas around the park, and the promotion and presentation of cultural activities every weekend.

We have previously reported on the demolition of a major theme park in the heart of Mexico City, ​with a new project by the city government in an effort to revitalize the area.

Chapultepec Fair will be replaced with Aztlan Urban Park, a nearly 180 million dollar project that will showcase mostly mild thrill attractions, art exhibitions, gardens, and live music stages. Admission to the park will be free, but Guests will have to pay a fee to ride in the different attractions. Prices for each attraction have not yet been announced as the project is still in development.